Man harasses and lunges at Chabad rabbi in NY 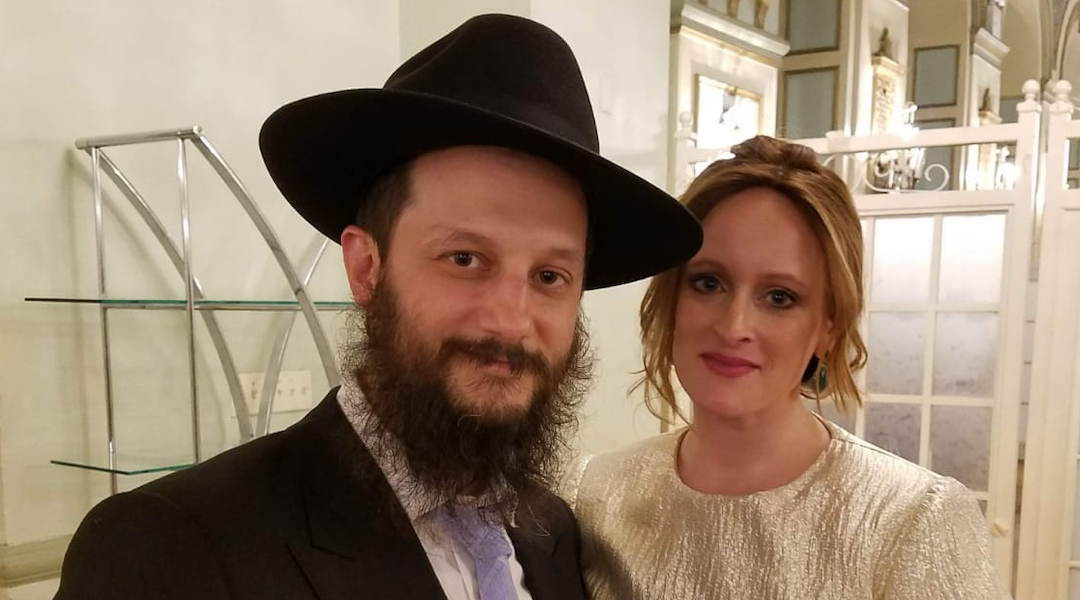 Rabbi Uriel Vigler, shown with his wife Shevy, was harassed just days after the attack on a Chabad synagogue in Poway, Calif. (Courtesy of Vigler)
Advertisement

NEW YORK (JTA) — Rabbi Uriel Vigler was heading to morning prayers on Tuesday as he does every day on Manhattan’s Upper East Side, just before 7 a.m., when a man began shouting anti-Semitic insults at him.

Vigler said the man called him a “f***ing Jew.”

“Instinctively, I moved away,” he told the Jewish Telegraphic Agency. “I moved to the other side of the street, and he follows me and he said, ‘Are you nervous, are you scared?'”

As Vigler neared the synagogue, he said the man lunged at him. When the assailant noticed the congregation’s security guard, he turned around and called the rabbi “the devil.” The rabbi recorded the end of the incident and shared the video on Facebook.

Though the man did not harm Vigler, the rabbi believes that if the security guard had not been present, the assailant would have physically attacked him. Vigler has filed a report with the New York Police Department but has yet to hear back.

The incident comes just days after a shooter attacked a Chabad synagogue in Poway, California, killing one and wounding three.

Vigler, who leads the Chabad Israel Center on the Upper East Side along with his wife, Shevy, said he would not let the incident deter him from doing his work.

“We are not afraid,” he said. “We are going to continue our mission to spread goodness and kindness in the world, to reach out to Jews with unconditional love.”