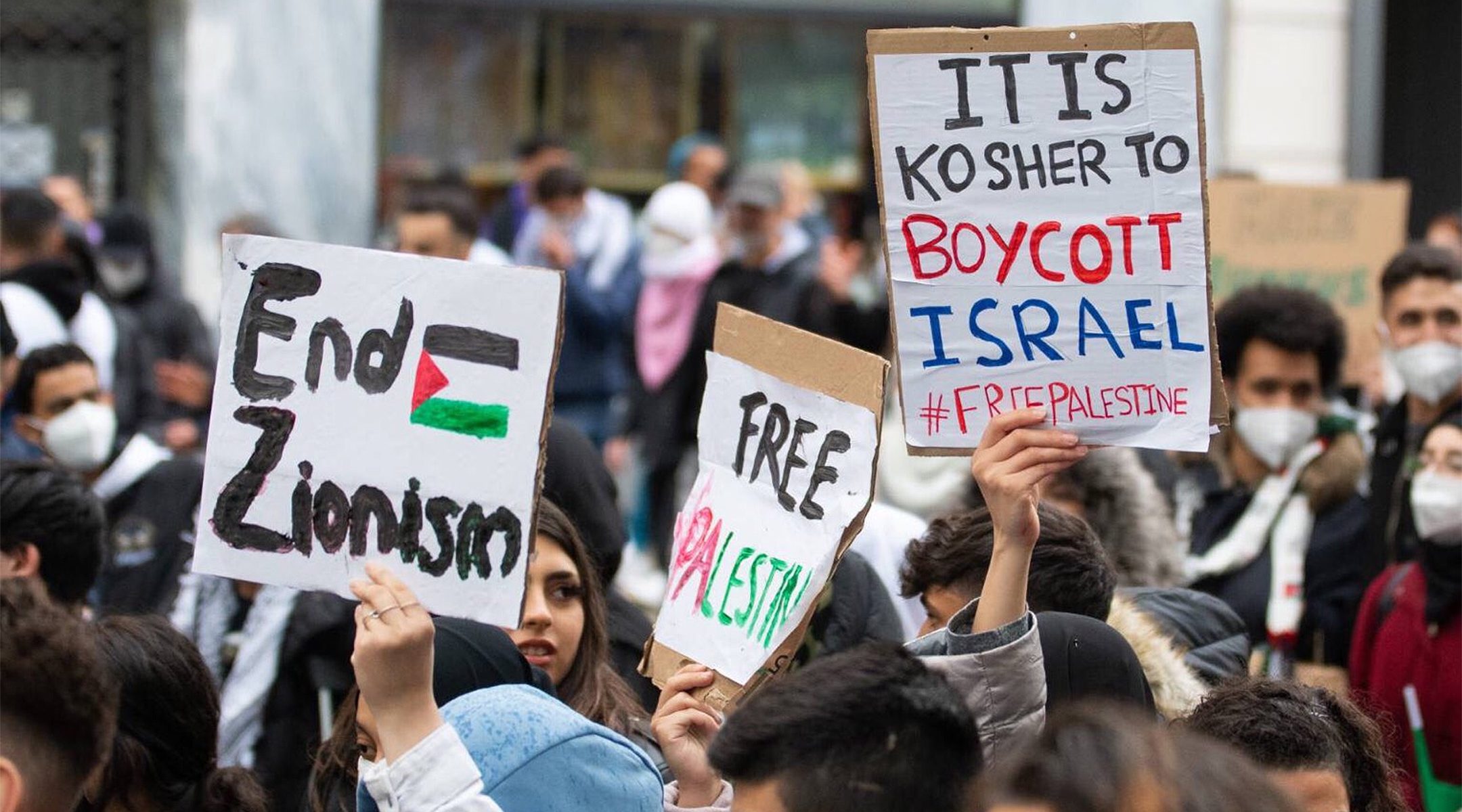 (JTA) — A train passenger in Austria asked a couple of fellow passengers to stop denying the Holocaust and engaging in antisemitic rhetoric about Jews and Israel.

It didn’t go well: One of the passengers punched him in the face.

The incident happened on May 21 near Amstetten, a city located 70 miles east of Vienna, the Heute newspaper reported Wednesday.

According to the Heute report, the conversation, which was replete with antisemitic statements, veered into Holocaust denial, which is illegal in Austria. The 32-year-old victim, who was not named, asked the other men to stop making antisemitic remarks but was ignored.

Before exiting the train, one of the passengers hit the victim three times in the face, wounding his lip. Police are looking for the two men, who left the train after the assault.