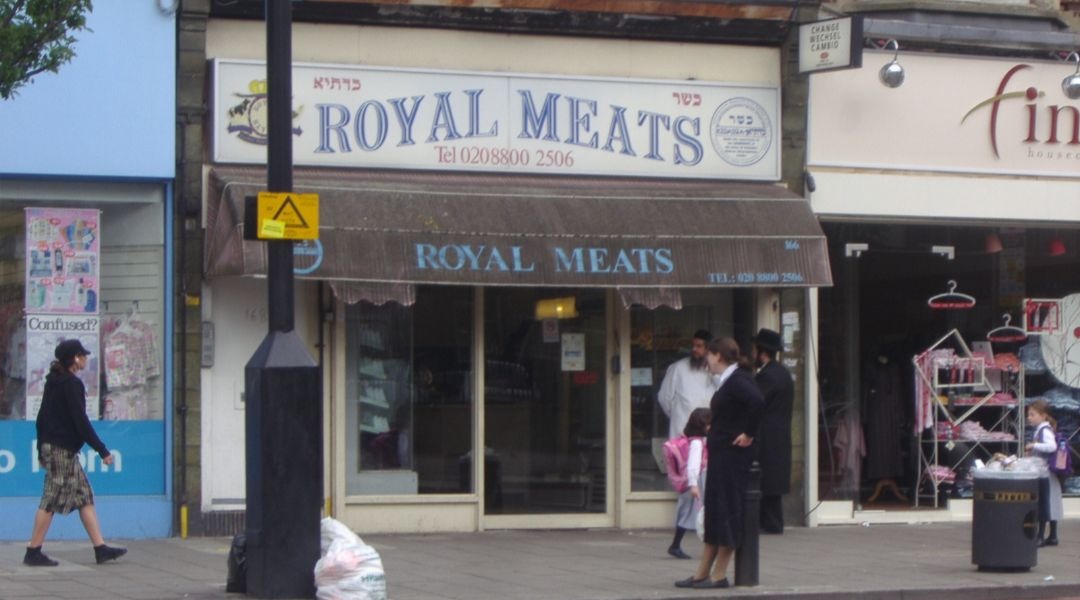 Royal Meats is a kosher butcher shop in the London neighborhood of Stamford Hill. (Flickr)
Advertisement

(JTA) — A man walked into a kosher butcher shop in the London neighborhood of Stamford Hill and shouted invective against Jews.

The incident took place on Thursday in Royal Meats, the British anti-Semitism watchdog group Campaign Against Anti-Semitism reported on its website.

The man walked into the store and demanded food, which he apparently expected to receive for free. In response to being asked what he would like to purchase, he responded by allegedly shouting “You f***ing Jews, I am German, you f***ing Jews are bad people.” He then  pointed his fingers at shoppers in a gesture that looked like a gun firing, according to the report.

He then left the store and boarded a public bus.

A report was filed with police.