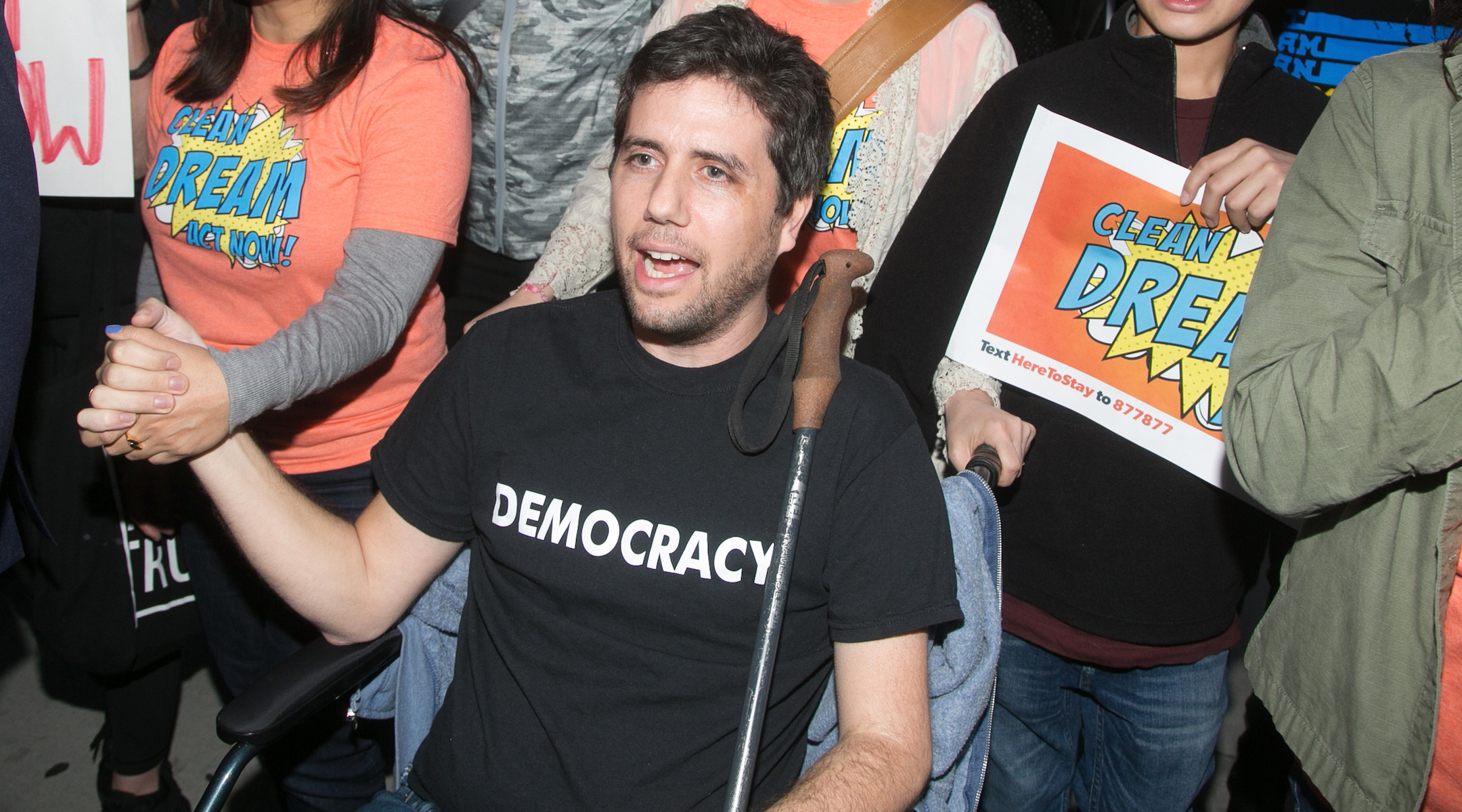 (JTA) — A video of a discussion between health care activist Ady Barkan and Democratic presidential candidate Joe Biden was doctored to make it appear that Biden had agreed to defund police departments.

Rep. Steve Scalise, R-La., the majority whip, tweeted out the video, which Twitter later flagged as manipulated before Scalise deleted it.

“I have lost my ability to speak, but not my agency or my thoughts,” Barkan tweeted Sunday to Scalise. “You and your team have doctored my words for your own political gain. Please remove this video immediately. You owe the entire disability community an apology.”

Barkan supports the defunding of police. In the video, Biden expresses support for some police reform, including redirecting some funding into social services, mental health counseling and affordable housing, but says it is “not the same as getting rid of or defunding all the police.”

The video was altered to make it sound like Biden was agreeing to defunding.

“While Joe Biden clearly said “yes,” twice, to the question of his support to redirect money away from police, we will honor the request of @AdyBarkan and remove the portion of his interview from our video,” the lawmaker wrote.

Scalise spokeswoman Lauren Fine said in an email to The Washington Post that the video had been “condensed … to the essence of what he was asking, as is common practice for clips run on TV and social media, no matter the speaker” and said that viewers were not misled.

Barkan has emerged as one of the country’s most visible progressive activists for health care since 2017, when he was diagnosed with ALS, commonly known as Lou Gehrig’s disease.

At the Democratic National Convention, Barkan delivered an impassioned speech calling for Medicare for All, a health care policy that Biden has not endorsed.

These are not my words.

I have lost my ability to speak, but not my agency or my thoughts.

You and your team have doctored my words for your own political gain.