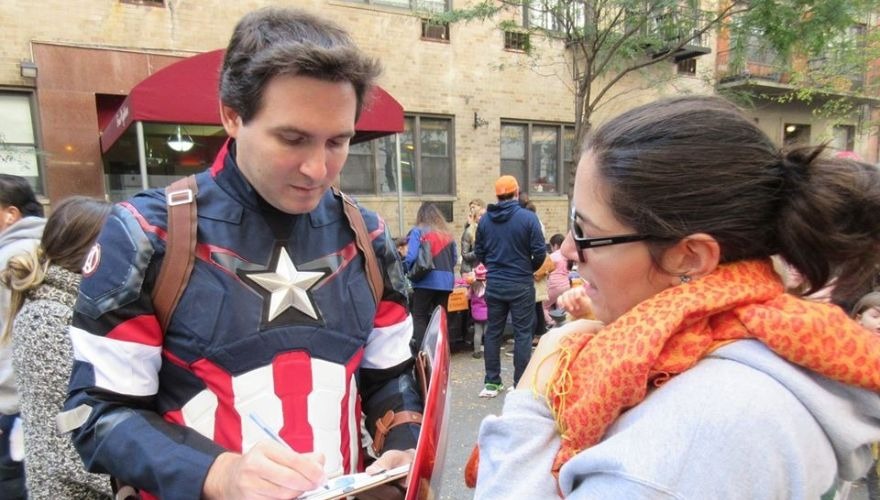 (JTA) — Marvel Comics has a message for a New York City candidate: The day has come for you to stop using Captain America in your campaign.

Ben Kallos, a New York City councilman who is running for Manhattan Borough president in 2021, wears a Captain America costume on the stump and uses the images in his literature, as well the character’s trademark phrase, which says that “he can do this all day.”

The 38-year-old candidate, who is Jewish and has served on the City Council since 2014, sent out a solicitation letter that said: “In all seriousness, while Captain America was pretty busy fighting Hydra, sleeper agents, Loki, Ultron, and Thanos, Ben’s been fighting for everyday New Yorkers.”

“I write to request that your campaign refrain from using Marvel’s characters in its advertisements for your quest for the Borough Presidency or otherwise,” Bard wrote. “While Marvel appreciates your obvious affection for our properties and welcomes your support as a fan, we ask that our characters not be used for political purposes or to support political campaigns.”

He has been dressing up as Captain America since at least 2016, according to images seen on his Facebook page, and has been in office since 2014.