‘Marvelous Mrs. Maisel’ 1950s price campaign was so popular the police had to shut it down briefly 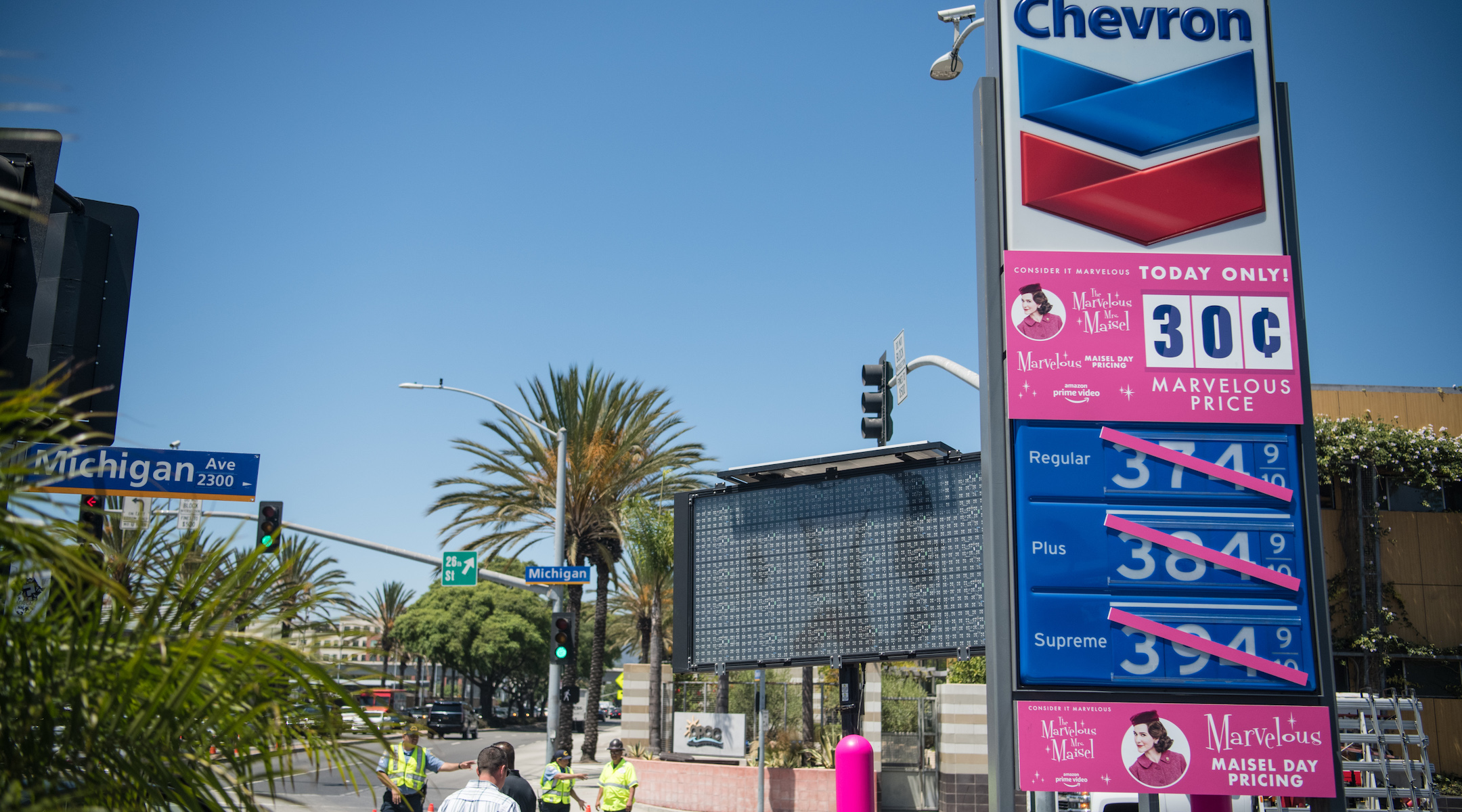 (JTA) — A marketing campaign for “The Marvelous Mrs. Maisel” was so popular that the police had to shut it down briefly.

To advertise the hit series, Amazon partnered with businesses in and around Los Angeles to offer 1950s era prices for a day — the same prices the characters from the show would have paid.

The gas promotion was so popular that police had to shut it down temporarily because the cars lining up were leading to traffic jams, ABC 7 reported.

In the hit series, which was nominated recently for a slew of Emmys, Jewish housewife Midge Maisel decides to pursue a career as a comedian in late 1950s New York.

In May, the series did a similar stunt at the Carnegie Deli in New York.