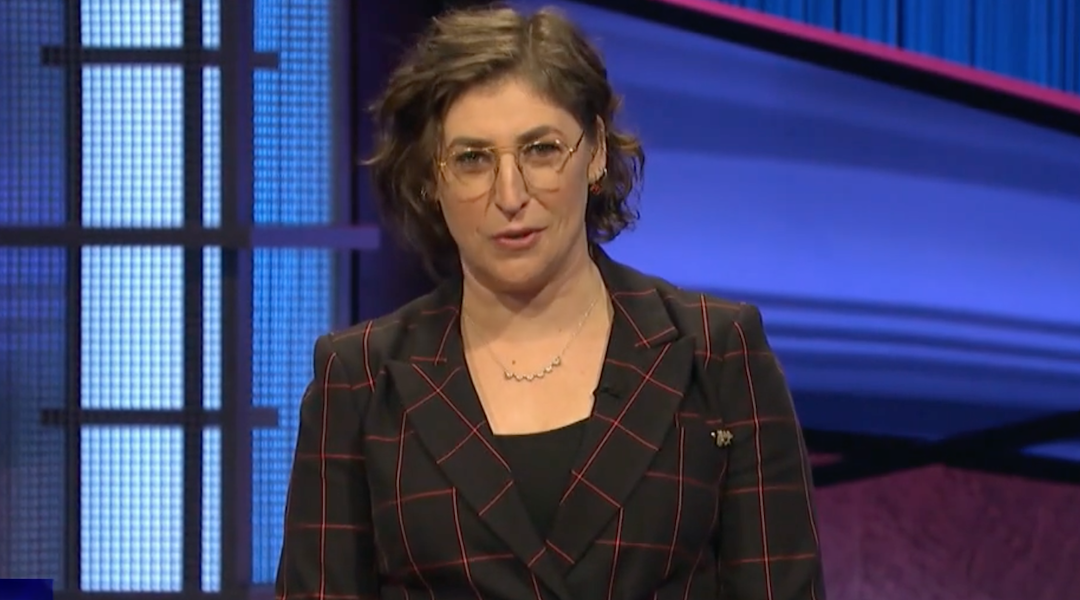 (JTA) — “Jeopardy!” is getting its first-ever Jewish host as Sony Pictures Television announced that actress Mayim Bialik will host some of the game show’s new primetime specials.

Following longtime host Alex Trebek’s death last fall, Bialik served as one of the show’s celebrity guest hosts for two weeks in June. In her new role, the star of “The Big Bang Theory” will host new spinoff series, including a college tournament next year.

Mike Richards, one of the show’s executive producers, will host the daily syndicated episodes.

“Really really honored and astounded and excited for this – it’s beyond anything I ever imagined could happen,” Bialik tweeted after the announcement on Wednesday.

IT’S TRUE!!! Been waiting a long time to tell you all. Really really honored and astounded and excited for this – it’s beyond anything I ever imagined could happen. https://t.co/MZpXV7a9xf @Jeopardy

Bialik, who holds a doctorate in neuroscience and often writes about her observant Jewish practice, will also be the show’s first permanent woman host.

She posted a video response to the news as well, paying tribute to her Jewish immigrant grandparents.

“I would be remiss if I did not acknowledge that I am a second generation American and my grandparents were immigrants…my mother’s parents in particular…never had a command of the English language. And it’s a tremendously bizarre and humbling and surreal experience to see that in the time that my grandparents fled Eastern Europe until now, how much has changed in my life,” she said.

Richards, meanwhile, has come under fire for allegations that he created a hostile work environment as a producer for “The Price Is Right.”