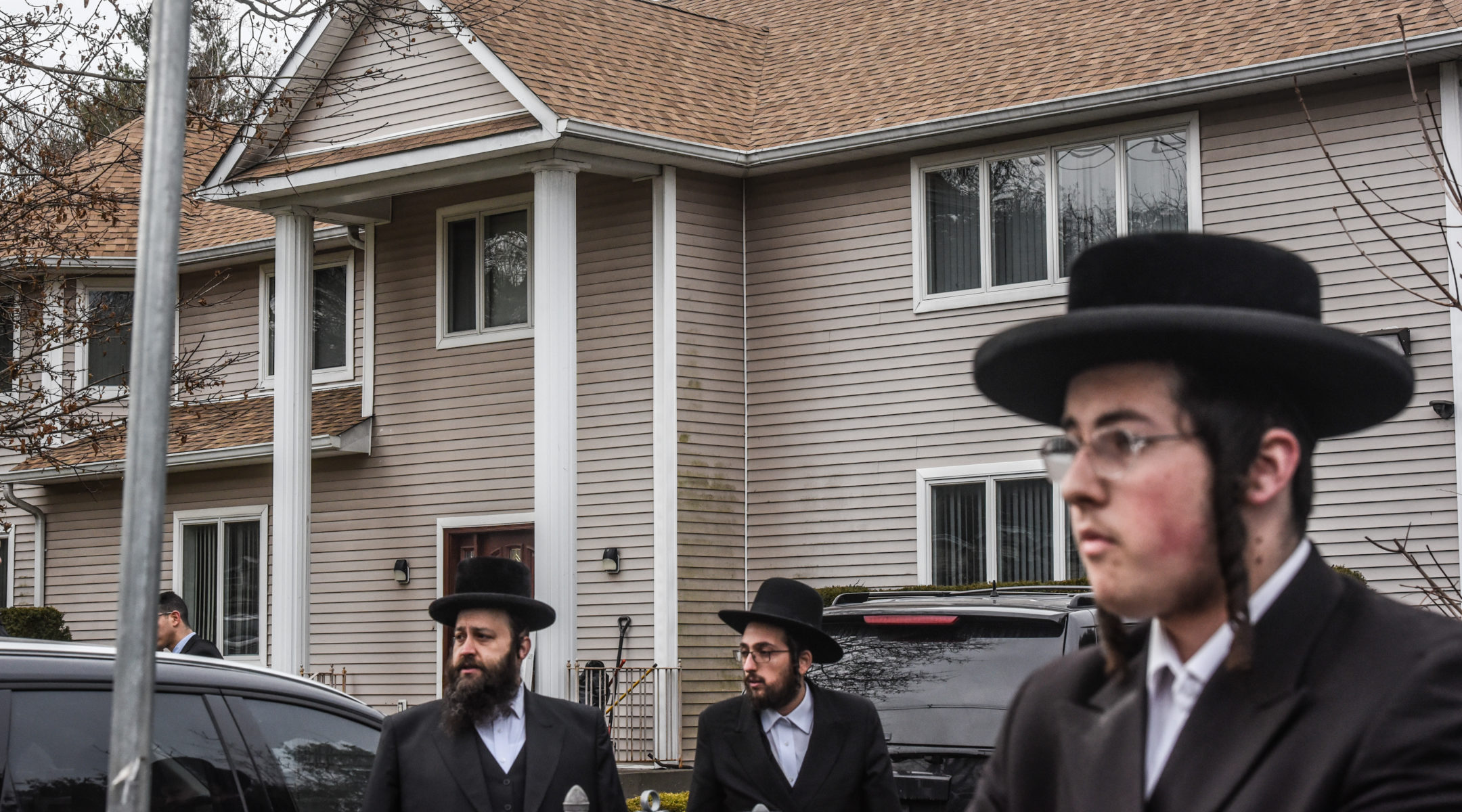 People gather in front of the Monsey house of Rabbi Chaim Rottenberg, the site of an attack at a Hanukkah party by a machete-wielding man, Dec. 29, 2019. (Stephanie Keith/Getty Images)
Advertisement

(JTA) — The most seriously injured victim of the stabbing attack at a rabbi’s home in Monsey opened his eyes after 59 days in a coma.

Josef Neumann, 72, has been on a respirator since the Dec. 28 attack during a Hanukkah party. He was one of five people injured.

The announcement of Neumann’s breakthrough came in a tweet from Rabbi Yisroel Kahan, community liaison of the Ramapo Police Department and executive director of Oizrim Jewish Council.

Along with noting that Neumann had opened his eyes, the tweet said he was showing other signs of improvement.

“Give thanks to the lord for he is good, for his mercy endures forever,” the post said, later adding, “Keep praying for a full recovery.”

Neumann has seven children, “many grandchildren,” a great-grandchild, and brothers and sisters.

The assailant’s knife penetrated Neumann’s skull and cut into his brain. His right arm also was shattered.

The family had said in a statement a week after the attack: “Doctors are not optimistic about his chances to regain consciousness, and if our father does miraculously recover partially, doctors expect that he will have permanent damage to the brain, leaving him partially paralyzed and speech-impaired for the rest of his life.”

The alleged stabber, Grafton Thomas, 37, has pleaded not guilty to 10 federal hate crimes charges along with six counts of attempted murder and several assault and burglary counts in Rockland County court.

If Neumann dies, Thomas could face the death penalty.

Give thanks to the lord for he is good, for his mercy endures forever. #MonseyStabbing victim Joseph Neuman has opened his eyes, and is showing other signs of improvement. Keep praying for a full recovery.