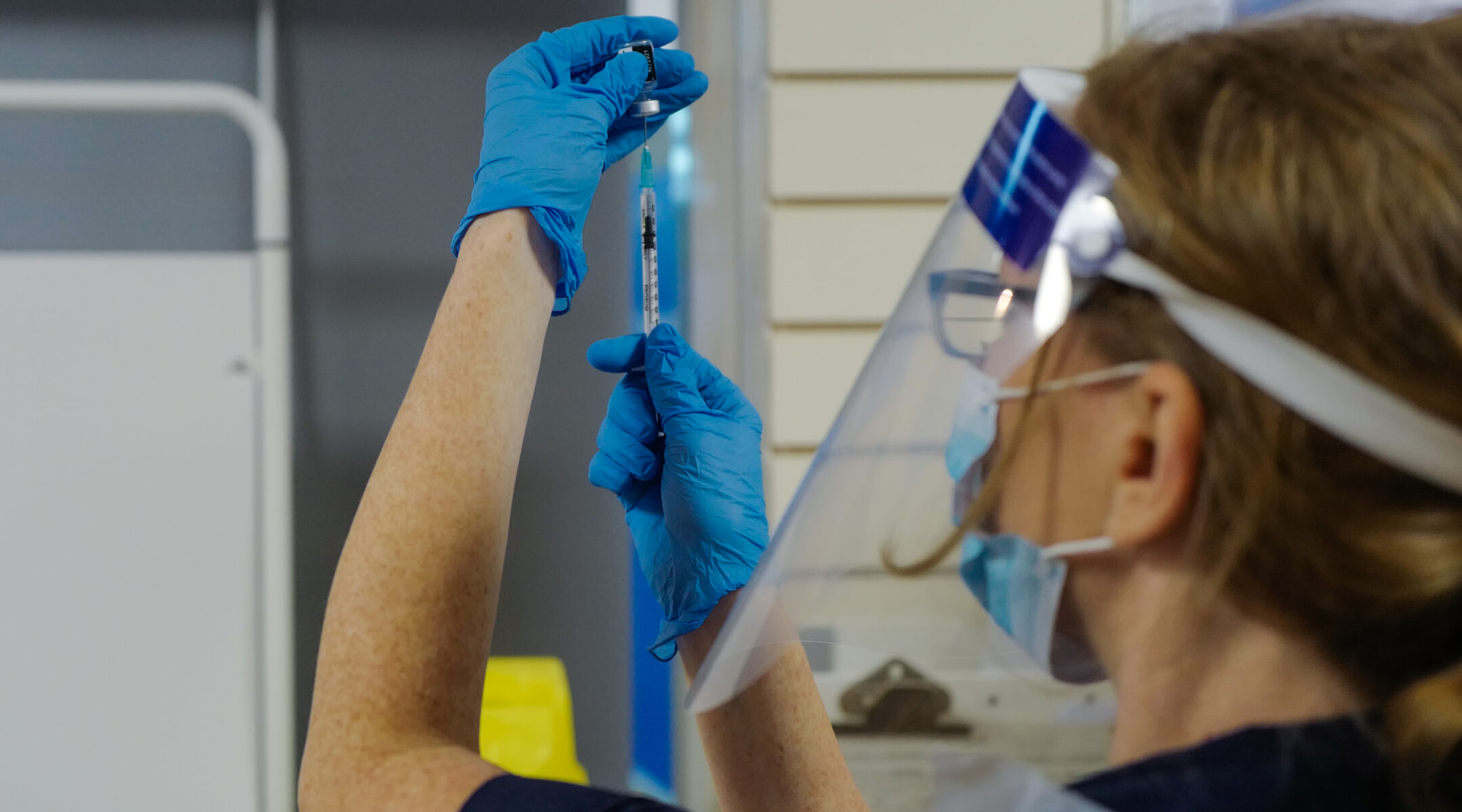 MONTREAL (JTA) — Among the first Canadians to receive the COVID-19 vaccine will be residents and staff at a Jewish nursing home where dozens of residents have died of the disease.

The Donald Berman Maimonides Geriatric Centre could begin vaccinations as early as Friday night, according to reports in the Canadian media.

The public facility in the predominantly Jewish suburb of Cote St. Luc was made a priority because of its status as a “hot red zone,” Francine Dupuis, a Montreal health official, told the Montreal Gazette.

Family members of Maimonides residents received emails in French on Thursday notifying them of the vaccine’s imminent arrival and asking for their consent.

Joyce Shanks told the newspaper that her 81-year-old father, Harvey Stoliar, had chosen to get the vaccine.

“I told him that six weeks from now I want to say ‘you made it through the pandemic, all miracles are welcome on Chanukah,'” said Shanks, who leads an advocacy group for families of Maimonides residents.

The facility will receive two boxes of 975 doses each of the Pfizer vaccine, according to the Gazette. That’s more than 3% of the 30,000 initial doses that Canada is due to receive imminently.

Less than two weeks ago, 20 residents at Maimonides, which has 325 beds, were moved to other facilities as Maimonides tried to stop a second wave of infections that thus far has killed eight residents. Dozens of Maimonides residents died this spring in the pandemic’s first wave.