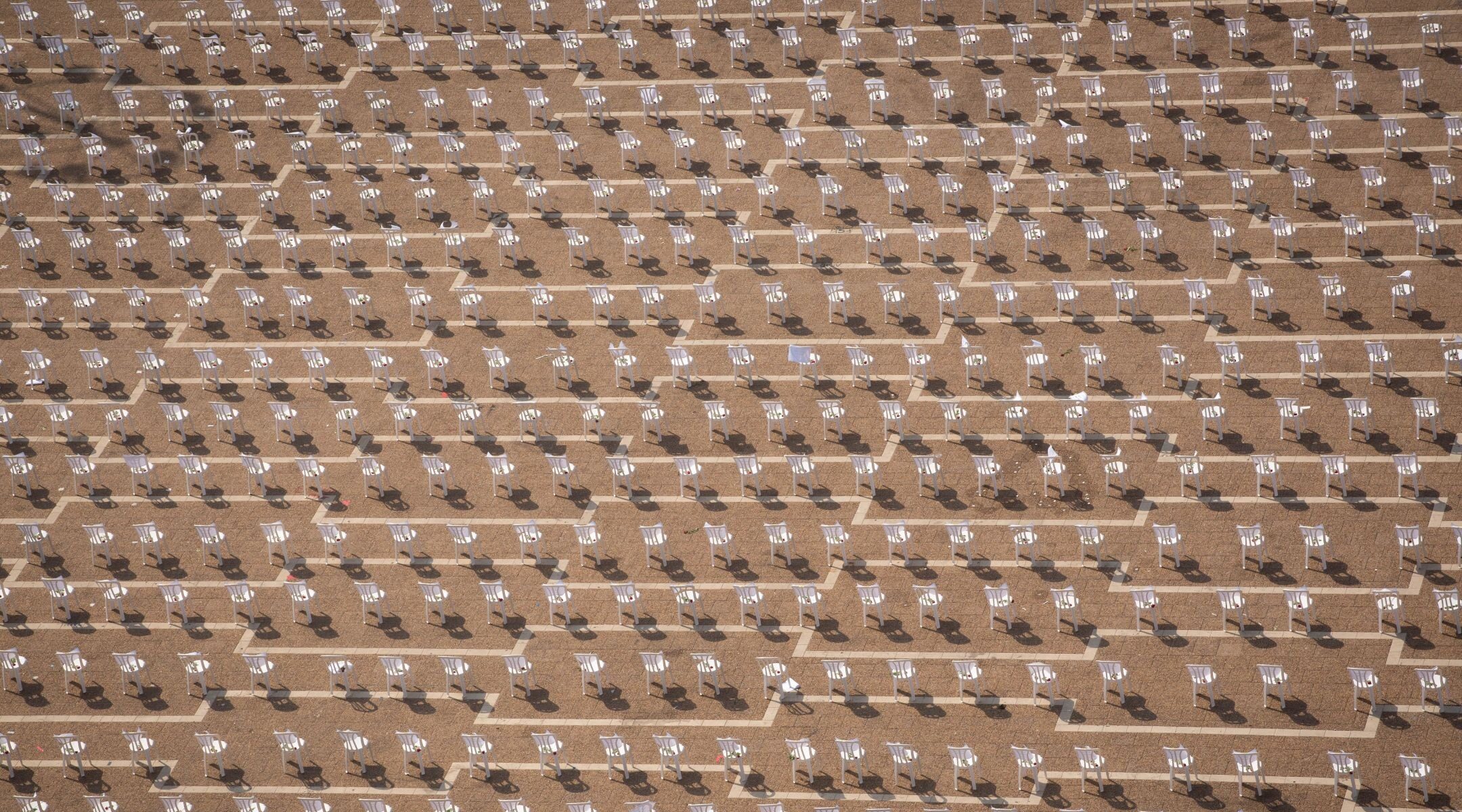 Some of the 1,019 chairs commemorating the Israeli deaths from the coronavirus set up in Tel Aviv's Rabin Square, Sept. 7, 2020. (Miriam Alster/Flash90)
Advertisement

(JTA) — Israelis are facing a much more restrictive general lockdown, including the closure of synagogues, to prevent the record spread of the coronavirus.

The stricter measures approved early Thursday would go into effect hours before Yom Kippur, which starts on Sunday evening. The full Knesset was set to vote on the new restrictions later in the day.

Coronavirus czar Dr. Ronni Gamzu said the new regulations are stricter than they need to be and will cause great economic harm. Gamzu said he was overruled by the government.

On Wednesday, 7,000 new cases were recorded for the second consecutive day. Some 12.9% of the over 50,000 tests conducted were positive.

Under the new regulations, which are set to last for at least two weeks, nearly all businesses will be closed except for those that sell food, pharmacies and others that provide “essential services,” according to a joint statement from the Health Ministry and the Prime Minister’s Office.

People will be restricted from venturing more than 0.6 miles from their homes except for approved reasons, which include individual exercise and the transfer of minor children from one parent to the other in the cases of divorce. Synagogues will be closed except for Yom Kippur, when 25 worshippers are permitted to gather with social distancing. Outdoor worship and demonstrations can include 20 people. Public transportation will be severely reduced.

Much of the debate in the Cabinet centered on whether to allow anti-government protests as well as how much to limit prayer services.

A final decision on demonstrations is set to be made by the Knesset, according to the statement. No final decision had been made on closing Ben Gurion Airport.

Gamzu said that perhaps the measures could have been less restrictive, “but it’s OK that the government made this decision.”

“It’s a message to the public,” he said. “If the government reached the point where it’s imposing such a hermetic seal of all commerce and economic activity, that should say something about how widespread the infections have become.”