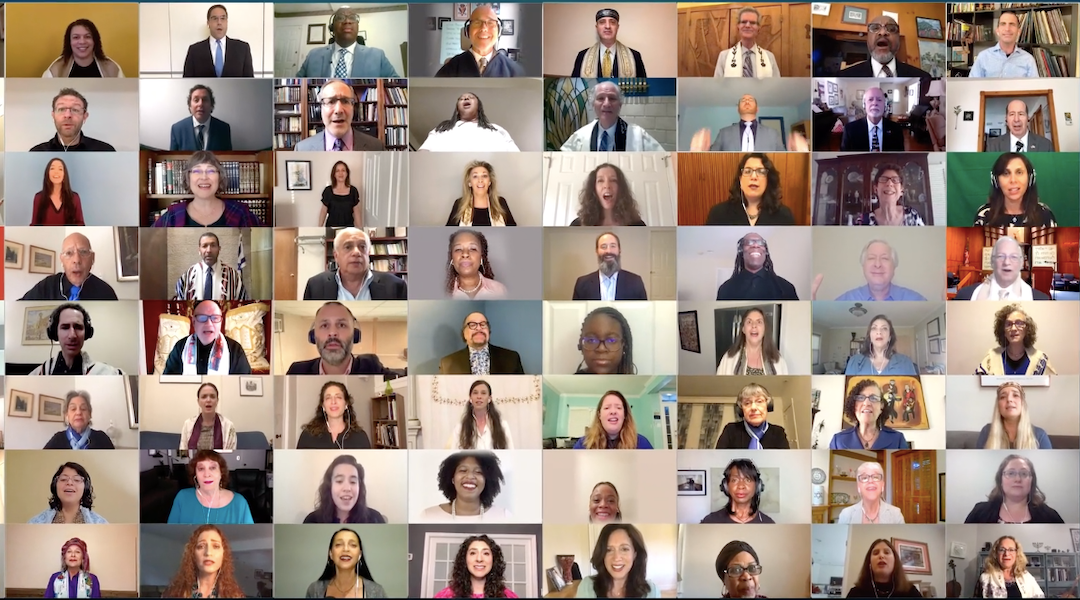 Jewish and Black faith leaders are featured in a music video of the gospel song "Total Praise." (Courtesy of Cantors Assembly)
Advertisement

(JTA) — More than 100 cantors and Black ministers have released a solidarity music video to raise funds for a Black music school in Pittsburgh.

“I pray that this will help to inspire, encourage and bring healing to all people everywhere,” Smallwood said in a statement.

The video, which was released Wednesday, is introduced by Pastor Eric Manning of the Mother Emanuel AME Church in Charleston, South Carolina, and Rabbi Jeffrey Myers of the Tree of Life synagogue in Pittsburgh. Both houses of worship were the targets of deadly shootings in the past five years by white supremacists.

“We want to show solidarity and support with our Black brothers and sisters, and believe our voices can be used to create positive change in the world,” Myers said. “Music is more important than ever.”

The project was organized by the Cantors Assembly, which is affiliated with the Conservative movement, and seeks to raise money for the Afro-American Music Institute.

At the end of the song, Manning and Myers discuss the historic relationship between the Black and Jewish communities in the United States, including Jewish involvement in the founding of the NAACP.

“I think if we can tap back into that same spirit of unity, the same spirit of working together, I believe we can accomplish a lot more in this day and age,” Manning said.