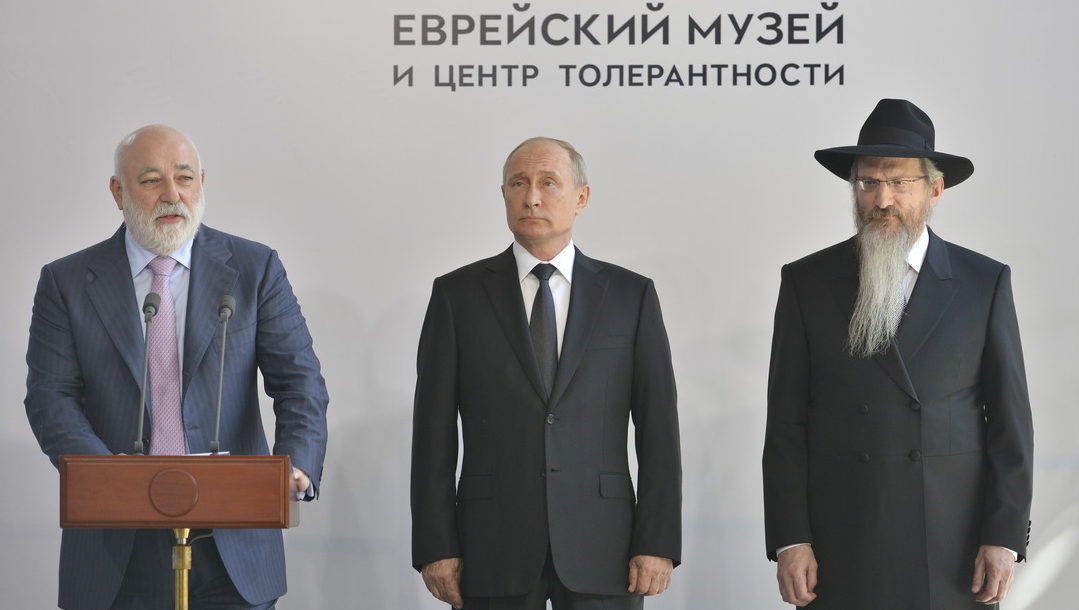 (JTA) — Russian President Vladimir Putin attended the unveiling of a memorial seen by some as Moscow’s first Holocaust monument.

“Although about half of the victims of the Holocaust were citizens of our country, Moscow had no separate monument” for the genocide, German Zakharyayev, the president of the STMEGI association of Mountain Jews, told the Moskvich magazine in an interview last week.

Moscow did have busts for saviors of Jews during the Holocaust and a plaque for the Jewish Anti-Fascist Committee, he acknowledged. But it had had no prominent monument to match those of Berlin, Warsaw or Budapest.

Soviet authorities rarely acknowledged the specificity of the Holocaust in literature and monuments that mentioned only “Soviet citizens” killed in Word War II.

Putin called the Holocaust one of the “greatest tragedies” and “most extraordinary chapters in history,” during the unveiling Tuesday at the Jewish Museum and Tolerance Center.

Viktor Vekselberg, chairman of the museum’s board of trusties, funded the monument’s construction, which cost about $276,000.

His father’s entire family was imprisoned in a ghetto near his hometown Drohobych in what is now Ukraine, he said. “Only my father managed to survive because he had fled earlier to join the militia,” added Vekselberg, who called the monument’s completion a “symbolic watershed” moment and milestone.