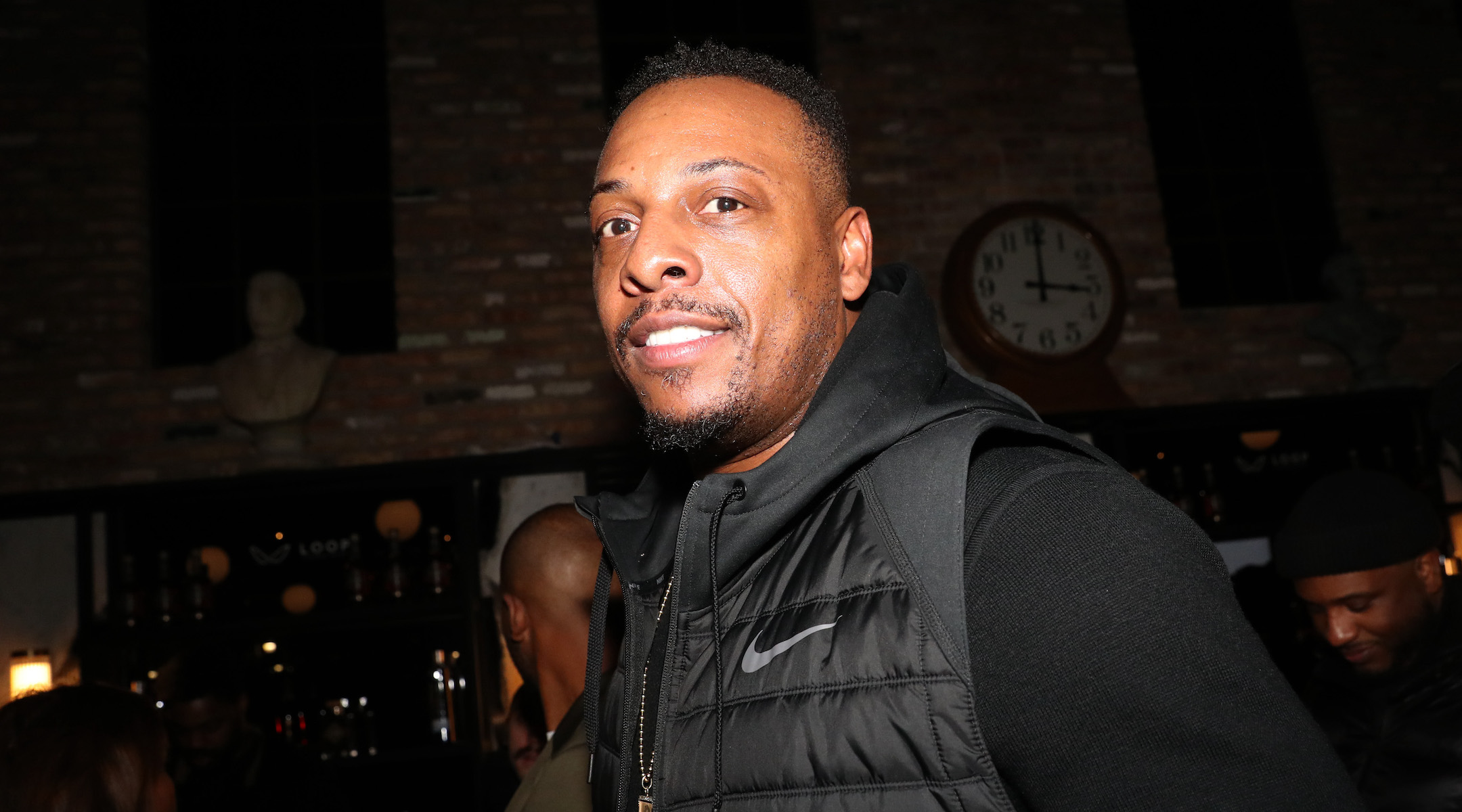 (JTA) — In the middle of a racy viral Instagram video that preceded his firing from a broadcasting gig at ESPN, NBA legend Paul Pierce spent over a minute lauding the Jewish ritual of a sit-down Shabbat dinner.

Pierce is not Jewish, but during the live-streamed video from his house over the weekend — the Hall of Fame finalist gets massaged by scantily clad women and appears to smoke marijuana while flaunting COVID-19 social distancing protocols — he said the family style of meal on the Jewish Sabbath contrasts with his upbringing.

At first, Pierce says that a friend playing poker across the room “skipped Shabbat” to attend his party. The friend retorts that he isn’t Jewish.

“Hey man, shout-out to all the Jews for Shabbat. I wish I could come to Shabbat,” Pierce says in response. “Shout-out to all my Jewish homies, I got love, I know Friday night’s your night … I’ll see y’all on Sunday.”

He then tells his feed of Instagram commenters that he would like to attend a Shabbat dinner.

He then looks seriously into the camera and says “I don’t know. I wish I could see what that’s like.”

Pierce, 43, had been a regular contributor on multiple ESPN shows since retiring from basketball in 2017. The 10-time All-Star spent most of his career with the Boston Celtics, winning a championship with them in 2008, and is expected to be inducted into the Naismith Hall of Fame this year.

He is married with three children.

The giant sports news network has not publicly commented on the video, but multiple outlets confirmed the firing with inside sources.