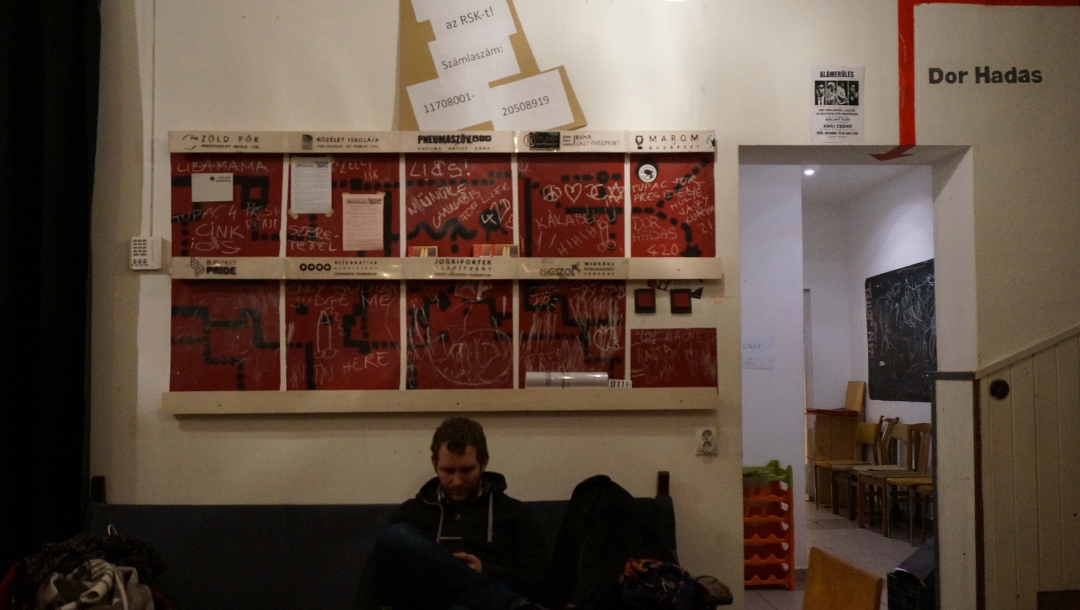 A man looks at his cellphone at the Aurora center in Budapest, Jan. 12, 2017. (Cnaan Liphshiz)
Advertisement

(JTA) – A Jewish community and activism center in Budapest sustained minor damage in what its operators said was arson by neo-Nazis.

The Aurora community center in the capital city’s downtown was empty during the attempt to torch it on Wednesday, according to Adam Schonberger, director of the Marom, a Jewish association that runs and owns Aurora as part of its outreach mission to young unaffiliated Hungarian Jews and others. No one was hurt in the incident.

In 2017, far-right activists filmed themselves placing posters reading “Stop operation Soros” on the message board of Aurora.

George Soros is a Jewish American-Hungarian billionaire who funds liberal and left-leaning causes in Hungary. Soros has been the target of a negative campaign headed by Hungary’s right-wing government under Prime Minister Viktor Orban.

Established in 2014 by Marom, which is affiliated with the Conservative/Masorti movement, Aurora has functioned as the headquarters of several additional groups, including the Roma Press Center, Budapest Pride (a gay rights organization), the Migszol refugee advocacy group and the Zold Pok agency for social activism.