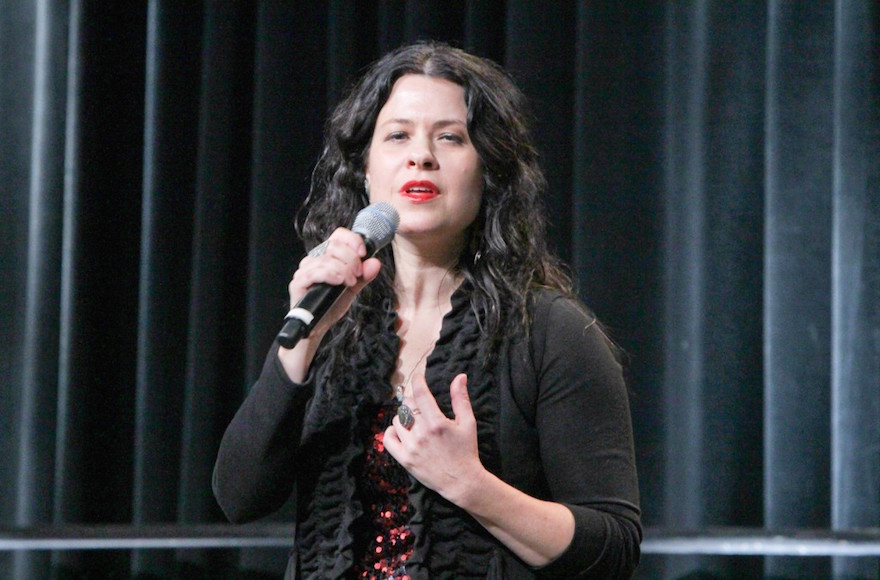 (JTA) — In January 2018, Central Synagogue in New York City placed a one-year moratorium on using the music of Rabbi Shlomo Carlebach. On Friday, his daughter will perform there.

The moratorium, announced in a sermon by Rabbi Angela Buchdahl, was part of the Jewish communal reckoning with the #MeToo movement. Accusations of sexual abuse against Carlebach, a prolific Jewish religious composer and spiritual leader were first published in Lilith magazine in 1998, four years after his death.

Now, nearly a year and a half after the moratorium, Neshama Carlebach will sing from the synagogue’s podium. She has carried on her father’s legacy, and is also a performer in her own right who sings her own songs as well as her father’s.

On Friday, she will perform an original composition included on her latest album, “Believe.” She also said the synagogue will sing one of her father’s songs because the moratorium on his music has ended.

Central Synagogue did not respond to a request for comment.

“I’m very grateful to Angela on a lot of levels,” Carlebach told the Jewish Telegraphic Agency on Friday. “I really believe she was doing what she felt was right in terms of hearing women and making a difference, trying to make a statement of solidarity and really comfort.”

In a Times of Israel essay last year, Carlebach acknowledged that her father had hurt some women. But she also defended him as a kind and caring spiritual leader who advanced women’s rights.