Netanyahu and Putin agree to coordinate militaries in Syria 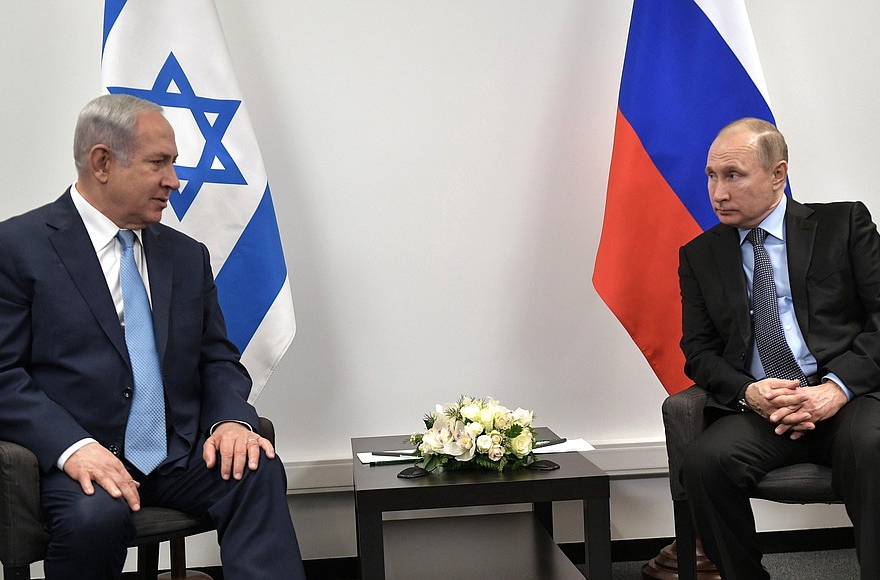 Netanyahu and Putin spoke by telephone on Saturday, according to a statement from the Prime Minister’s Office. The two leaders agreed that security delegations from the two countries will meet soon in Moscow and that a meeting between Netanyahu and Putin would be coordinated.

“I told President Putin that we are continuing our policy: We will not allow Iran to establish a military presence in Syria. We will continue to take action against the precision weapons in Lebanon, and we will complete the operation to foil the tunnels threat,” Netanyahu said Sunday morning at the start of the weekly Cabinet meeting.

During the phone conversation Netanyahu updated Putin on the Israel Defense Forces Operation Northern Shield, that is uncovering and destroying tunnels built by Hezbollah between southern Lebanon and Israel.

Things have been tense between Israel and Russia since a Syrian Air Defense missile in September shot down a Russian reconnaissance aircraft following an Israeli airstrike on a Syrian air base. Russia said the incident was Israel’s fault, since Israel’s F-16 used the Russian Ilyushin Il-20 plane as cover. Fifteen Russian servicemen were killed in the downing of the plane.