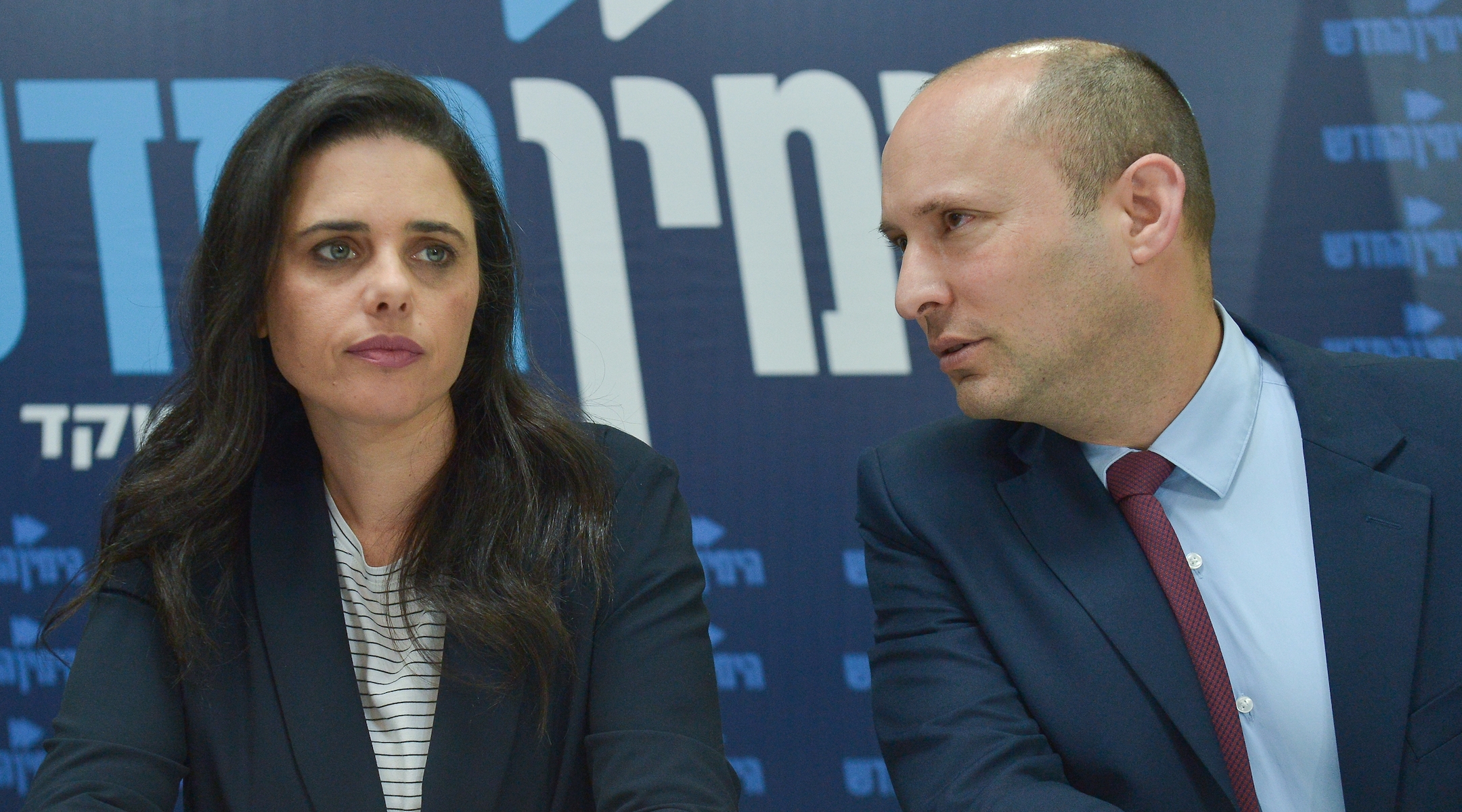 Bennett and Shaked’s New Right Party did not garner enough votes in the April 9 national election to join the 21st Knesset, which dissolved last week. But since Netanyahu was not able to form a new government coalition before the dissolution of the Knesset, they have remained as ministers.

Netanyahu on Sunday fired the acting ministers, saying that they could not remain in the positions until the September 17 election after not being reelected to Knesset.

A government minister is not required to be a member of Knesset. But remaining as ministers would have given them a higher profile during the upcoming election campaign.

The two politicians had broken off from the religious Zionist Jewish Home Party to run in the April 9th elections with a religious-secular party called The New Right.

Bennett and Shaked said in a joint statement Sunday that they would ensure a smooth transition with their replacements, expected to be lawmakers from the Likud Party.

“Everything we have done was for the good of the State of Israel and its citizens. We will hand over the offices we chaired in an organized fashion, to the ministers who will replace us, to ensure a smooth transition and so that the next school year will open in order,” the statement said.

Bennett said Sunday several hours after Netanyahu announced his firing that his New Right Party would run in the September elections. He did not mention Shaked. Some reportedly had looked to bring Shaked into the Likud, and place her in a high position on the candidates list, which Netanyahu reportedly has rejected.