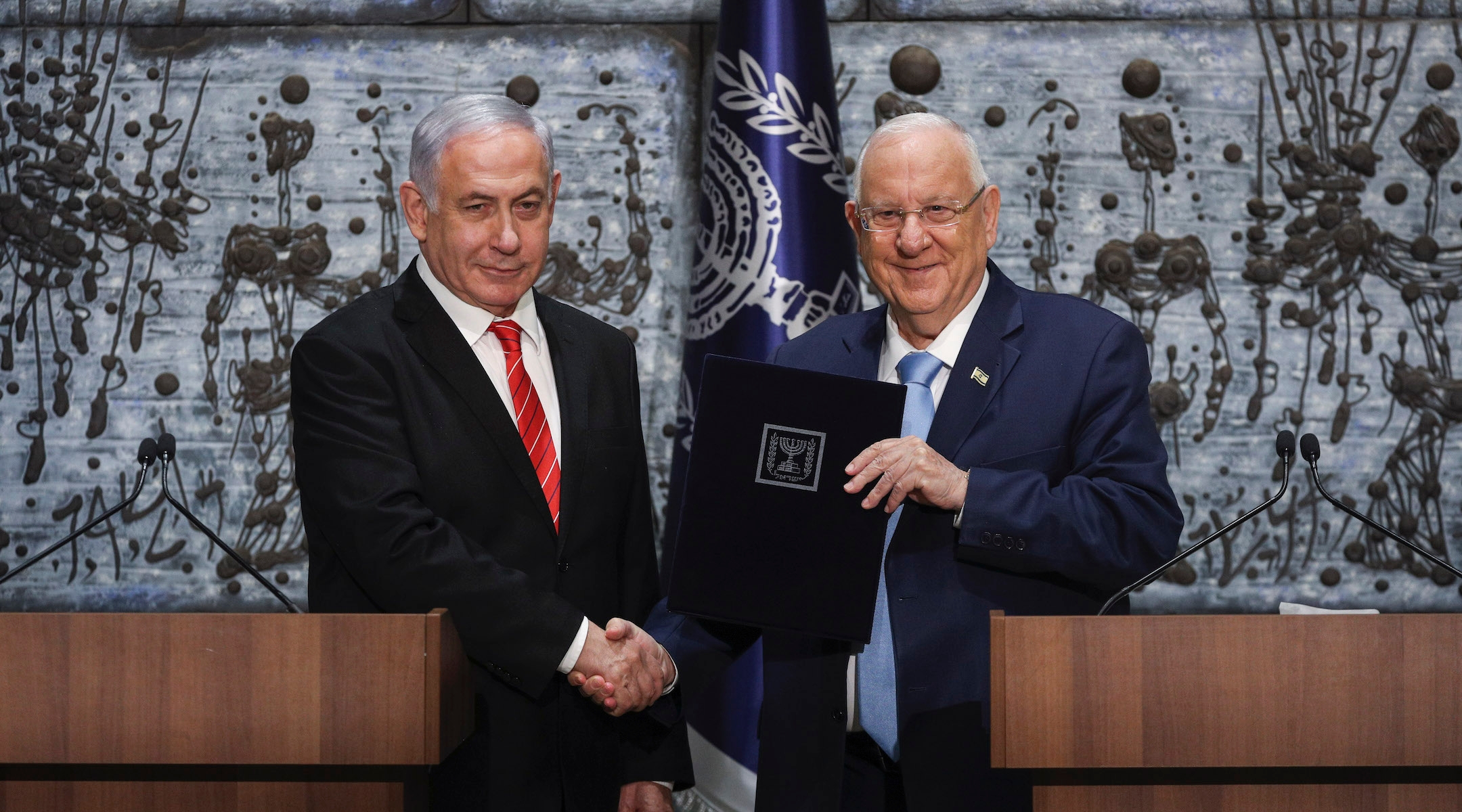 JERUSALEM (JTA) — Prime Minister Benjamin Netanyahu will get his second try this year to form Israel’s government after talks aimed at creating a unity government broke down.

President Reuven Rivlin tasked Netanyahu with forming a government on Wednesday evening even though his Likud party did not finish first in last week’s Knesset elections.

The centrist Blue and White, led by former military chief Benny Gantz, won 33 seats to 32 for Likud in the Sept. 17 balloting for the parliament.

However, 55 lawmakers recommended to Rivlin that Netanyahu try to form a government, one more than Gantz. Still, the incumbent is short of the 61 seats needed to form a viable coalition. He was unable to assemble a government following national elections in April.

Netanyahu has one month to cobble together a government. While he has the support of the nationalist and religious parties to the right of Likud, he still needs the backing of the secular-nationalist Yisrael Beiteinu party led by ally turned rival Avigdor Liberman in order to return to the Prime Minister’s Office.

September’s repeat vote was triggered by Liberman, who would only join a Netanyahu coalition if the country’s military draft was expanded to include more haredi Orthodox men — they can use a religious exemption to avoid being conscripted in the army. The haredi parties balked, however, and the Knesset was disbanded, leading to the second election.

Liberman unsuccessfully attempted to use his leverage to force a national unity government. According to The Times of Israel, negotiations between Netanyahu and Gantz brokered by Rivlin could not resolve the issues of who would serve first as prime minister under a rotation or if Netanyahu’s far-right allies would be invited to be part of the government.

If Netanyahu fails to form a government within a month, Rivlin can tap Gantz or another Likud politician, The Jerusalem Post reported.

Despite failing to come to an agreement regarding a coalition with Blue and White, Netanyahu said on Wednesday evening that Israel needed a “broad national unity government” in order to deal with the challenges facing the country and to “achieve national reconciliation” following what he described as a “tough election campaign on all sides.”

Netanyahu said he would “make every effort” to establish such a government “as soon as possible.”

In response, Gantz stated that “Blue and White is committed to the idea of unity, but from our perspective, the appropriate order would see negotiations between the two largest parties — and them alone — in order to reach agreements on the substantive issues and the character of the next government,” The Times of Israel reported.