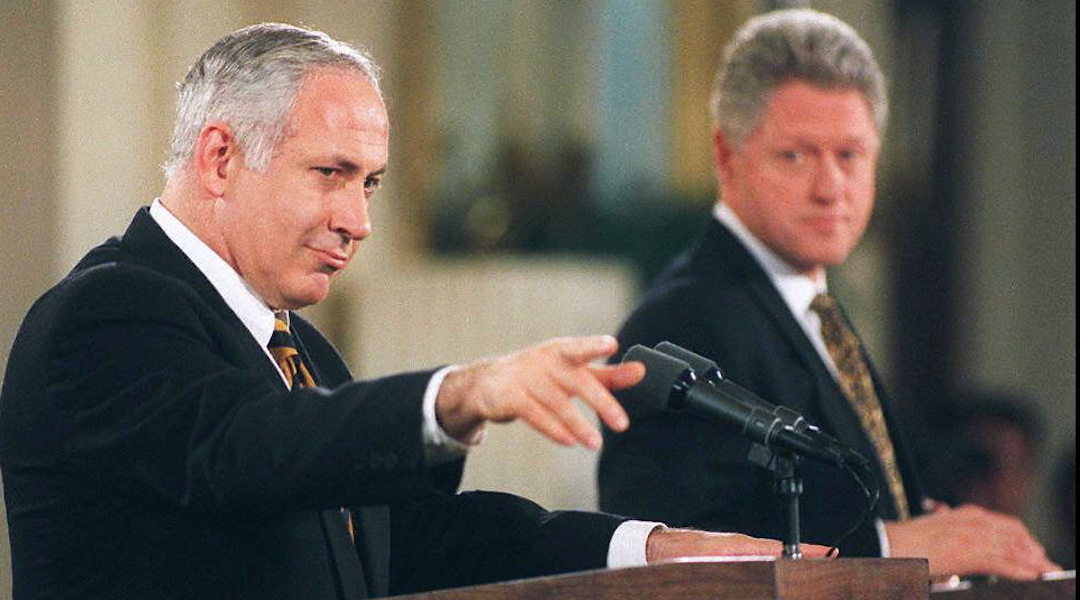 Benjamin Netanyahu at a press conference during his first term as prime minister, with President Bill Clinton in the East Room of the White House, Feb. 13, 1997. (James Colburn/AFP/Getty Images)
Advertisement

On Saturday, Netanyahu served 4,876 days from 1996 to 1999, and from March 2009 to the present. He faces a new election on Sept. 17 and possible indictment in three different corruption cases the following month.

His election in 1996 made him the country’s youngest-ever prime minister. Twelve Israelis have served as prime minister since the founding of the state.

He is the 16th longest-serving leader of a democratic country since World War II, according to statistics from the Israel Democracy Institute. Among those leaders are Turkish President Recep Tayyip Erdoğan, who as of July 20 served 5,972 days and counting; Germany’s Helmut Kohl at 5,870 days, and Canada’s Pierre Trudeau at 5,642 days.