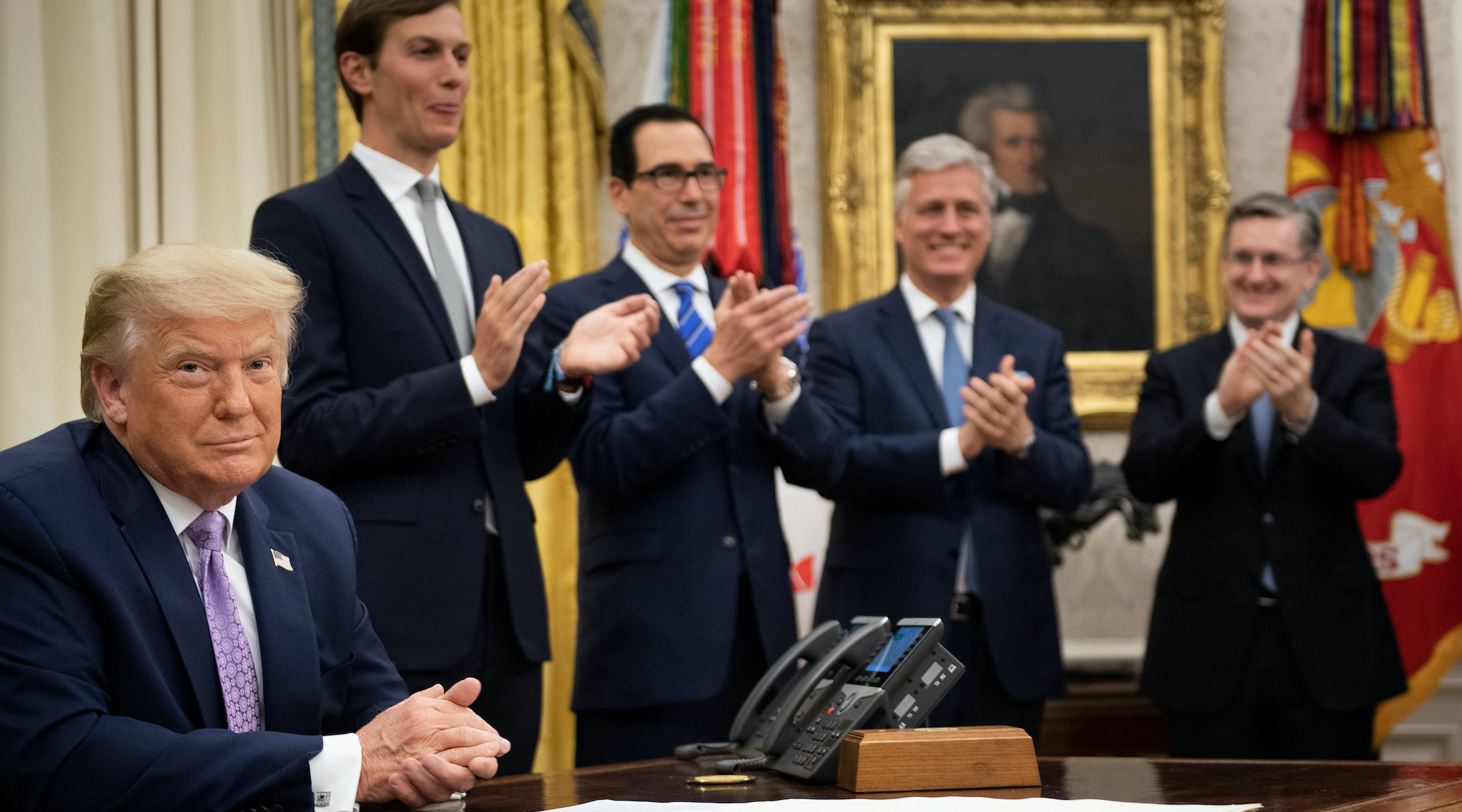 (JTA) — Prime Minister Benjamin Netanyahu will travel to Washington, D.C., next week for a signing ceremony of the normalization agreement between Israel and the United Arab Emirates.

Netanyahu said in a statement issued Tuesday evening that he will travel to Washington “at the invitation of President Trump and to participate in the historic ceremony at the White House on the establishment of a peace agreement between Israel and the United Arab Emirates.”

The signing ceremony will take place on Sept. 15, according to reports. A UAE delegation is slated to arrive in Israel the week after to build on the agreement, Haaretz reported.

As part of the agreement made public last month, Israel agreed to suspend its plan to apply its civil law to parts of the West Bank.

Late last month, the UAE canceled the law boycotting Israel, which was passed in 1972.

The UAE claims that the United States said it would allow them to purchase F-35 fighter jets following normalization, which Israel opposes.