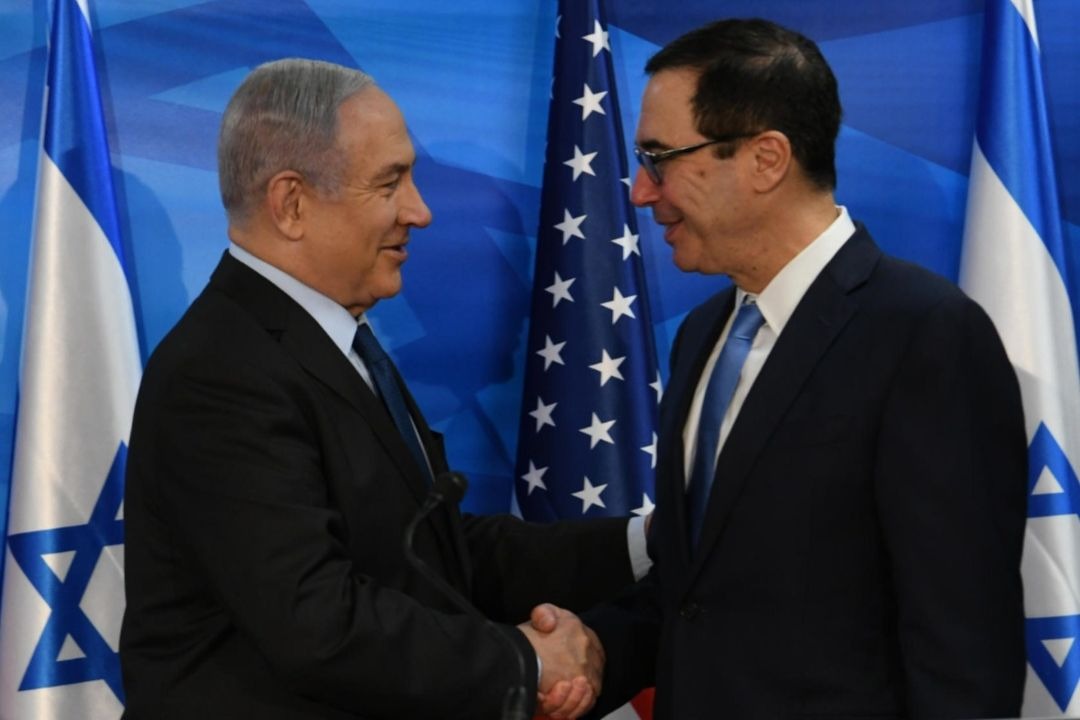 JERUSALEM (JTA) — The assassination of a leading terrorist should not deter the United States from stopping the spread of terrorism by Iran and the Islamic State, Prime Minister Benjamin Netanyahu warned a senior Trump administration member.

In a meeting in Jerusalem with Treasury Secretary Steve Mnuchin, Netanyahu said that despite the death of Islamic State head Abu Bakr al-Baghdadi, “(w)e do know that we still have an ongoing battle against terrorism, both of the extremist Sunnis led by Daesh (Islamic State), but also the extremist Shiites led by Iran, that is making a plunge for everything and everywhere in the Middle East.”

Netanyahu’s remarks come in the wake of alarm in Israel at President Donald Trump’s precipitous pullout of U.S. troops from Syria in recent weeks, and his green light to Turkey to occupy areas of Syria populated by the Kurds, who have been targeted by Turkey. The Kurds are U.S. allies, and the ensuing chaos in the north is seen as an opportunity for Iran to accelerate weapons runs to its ally in Lebanon, the Hezbollah terrorist militia.

The prime minister said Iran is seeking to develop precision-guided missiles that can hit most anywhere in the Middle East and “want to place them in Iraq and in Syria.” He also said Iran wants to convert a Lebanon arsenal of 130,000 rockets and started to place them in Yemen with an eye toward reaching Israel.

Netanyahu called Iran “the greatest threat to peace, stability and our security, and the security of many others.”

Mnuchin also visited the Bank of Israel, where he met with its governor, Amir Yaron, and other senior officials, the bank said in a statement. They discussed the economic situation in Israel and its fiscal ties with the United States, as well as anti-money laundering, among other topics.