Netanyahu will have to face witnesses in corruption trial, but not until at least January 2021 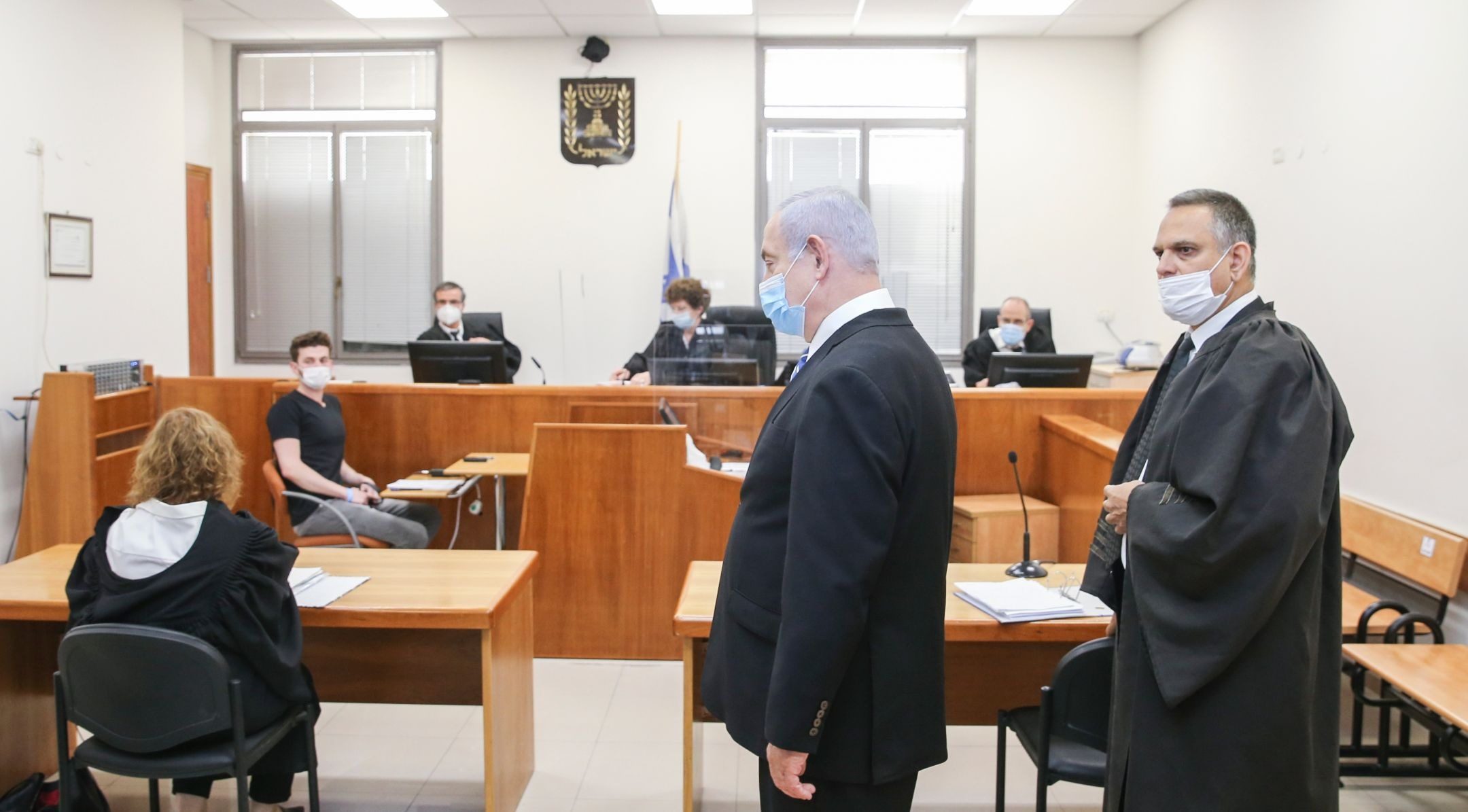 Israeli Prime Minister Benjamin Netanyahu in a Jerusalem courtroom on the first day of his corruption trial on May 24, 2020. (Amit Shabi/Pool)
Advertisement

JERUSALEM (JTA) — Witnesses will be called to testify in the trial over three corruption cases against Israeli Prime Minister Benjamin Netanyahu in January 2021, a judge ruled Sunday.

Netanyahu’s lawyer argued during a court appearance that the trial should be delayed for six months in part because he would not be able to read witnesses’ expressions if they have to wear masks while testifying.

Jerusalem District Court Judge Rivka Friedman-Feldman ruled that the trial will resume in January 2021, at which point hearings will take place three times a week. Netanyahu, who was not present Sunday, will have to attend hearings where witnesses testify, Ynet reported.

Friedman-Feldman also expressed frustration about complaints by Netanyahu’s lawyers. Several have quit his legal team after complaining about not being paid, and  Israel’s attorney general ruled earlier this month that the prime minister could not receive money from wealthy donors in order to pay his legal fees. Segev said he had been hired so far only for Sunday’s hearing.

Netanyahu was charged in November in three corruption cases, marking the first indictment ever for a sitting Israeli prime minister. He has denied the charges and called the investigations against him a “witch hunt.”