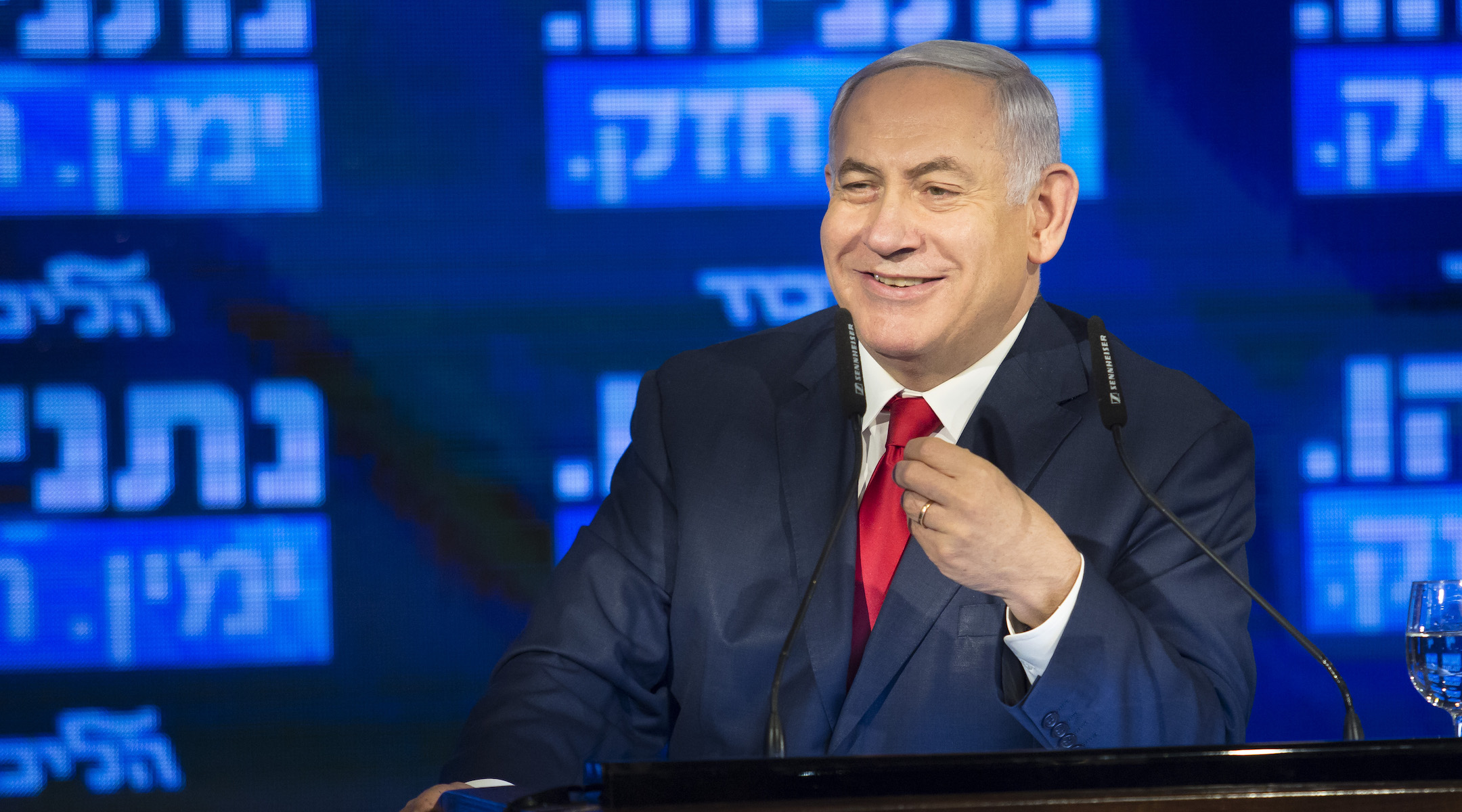 (JTA) — A campaign message from Israeli Prime Minister Benjamin Netanyahu warning of “Arabs who want to destroy us all” was a mistake, Netanyahu’s party said.

A chat that popped up on Netanyahu’s official Facebook page Wednesday said that voters needed to prevent a “secular, left-wing, weak government that relies on Arabs who want to destroy us all – women, children and men,” according to Haaretz. The message aimed to persuade users to convince undecided voters to vote for Likud, Netanyahu’s party.

Facebook on Thursday suspended the chatbox for 24 hours for violating hate speech policies, in essence suspending all Likud campaign content.

“After careful review of the Likud campaign’s bot activities, we found a violation of our hate speech policy. We also found that the bot was misusing the platform in the time period allowed to contact people. As a result, we temporarily suspended the bot for 24 hours. Should there be any additional violations, we will continue to take appropriate action,” Facebook Israel said in a statement, Globes reported.

Likud told Haaretz that the message was an error committed by a staffer, and that it had not been seen by Netanyahu himself. The message popped up automatically in a chat window depending on users’ responses.

Netanyahu has previously claimed voter fraud at Arab-Israeli ballot boxes, and in the previous elections, in April, his party sent observers to Arab polling places with cameras, a move since outlawed by Israel’s Central Elections Committee. On Election Day in 2015, Netanyahu recorded a video where he said that “Arabs are streaming to the polls in droves.”