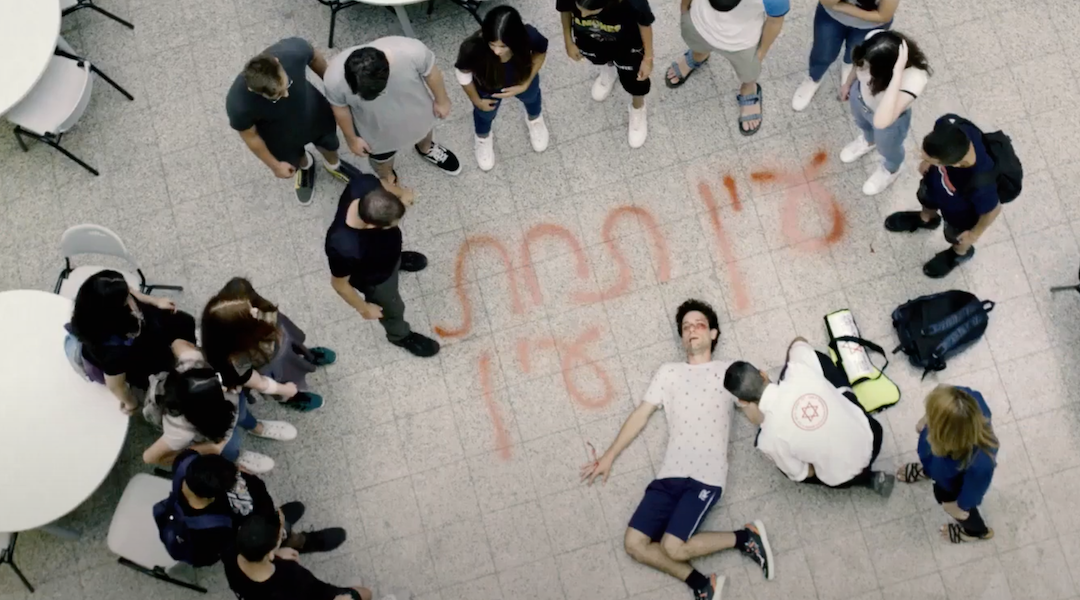 (JTA) — Netflix acquired “Blackspace,” an eight-part Israeli thriller series about a school shooting carried out by masked figures, it was announced Thursday.

The show follows police as they investigate the death of four students, according to The Hollywood Reporter.

“Key to the investigation is an app, Blackspace, that the school’s pupils use to communicate with one another, sharing their secrets out of view of their parents and the adult world,” The Hollywood Reporter explained.

The series — produced by Federation Entertainment, which is under the Israeli channel Reshet 13 — already has the green light for a second season from Netflix.

Reshet’s vice president of content, Ami Glam, said the Netflix deal is “a huge achievement for Reshet and for the Israeli television industry,” Ynet reported.

No release date has been announced. It will be available in several countries, including the U.S., which is in the midst of a spike in mass shootings.