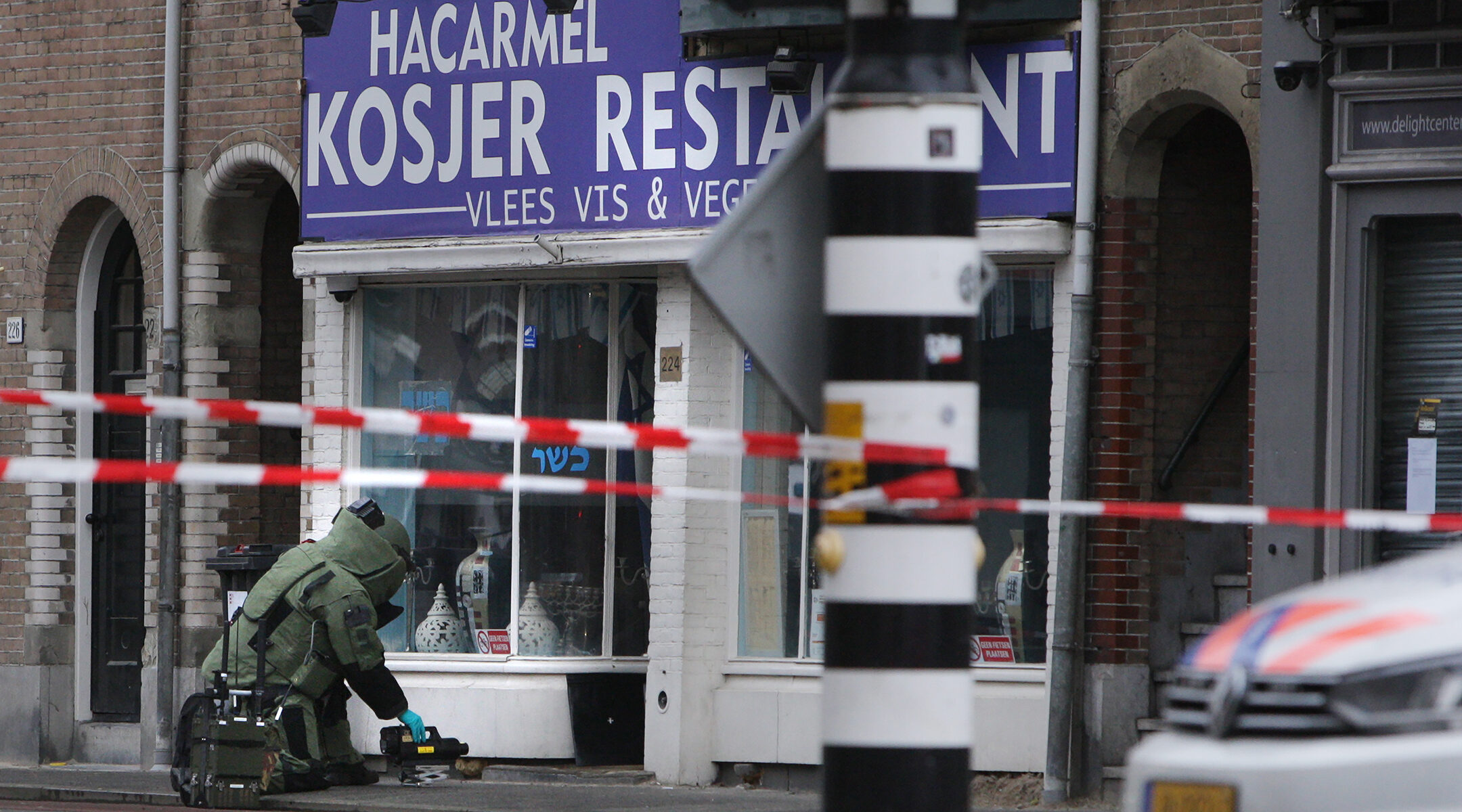 (JTA) — The number of anti-Semitic incidents recorded in the Netherlands in 2020 decreased by 25% over the previous year but was still among the highest totals in a decade.

The annual report by the Center for Information and Documentation on Israel, or CIDI, released Wednesday counted 135 incidents last year compared to 182 cases in 2019. But the 2020 tally is identical to the one for 2018 and the third-highest since 2010.

CIDI attributed the decrease to the paucity of real-life interactions between people due to COVID-19 social distancing in 2020 and to limited faith by many Dutch Jews in police and the effectiveness of reporting incidents.

“A large portion of the incidents is staying out of the picture,” CIDI wrote in the report.

“The lack of faith in follow-up to complaints probably plays a major role” in failure by victims to report anti-Semitic incidents,  the center added.

In one case from January 2020, a former co-worker of a Dutch Jew threatened to hurt him and his children, adding what the alleged victim and CIDI consider anti-Semitic messages to the threats. But when the victim informed police, an officer said that accusing the co-worker of anti-Semitism “doesn’t make sense” and left it out of the complaint.

The complainant returned later and asked to speak to another officer, who did quote the complainant as saying he had suffered anti-Semitic harassment. Police took months to detain the suspect.

CIDI praised the government for its appointment in March of Eddo Verdoner, president of the Central Jewish Board, as the national pointman for fighting anti-Semitism.

“But a lot remains to be done,” CIDI said.