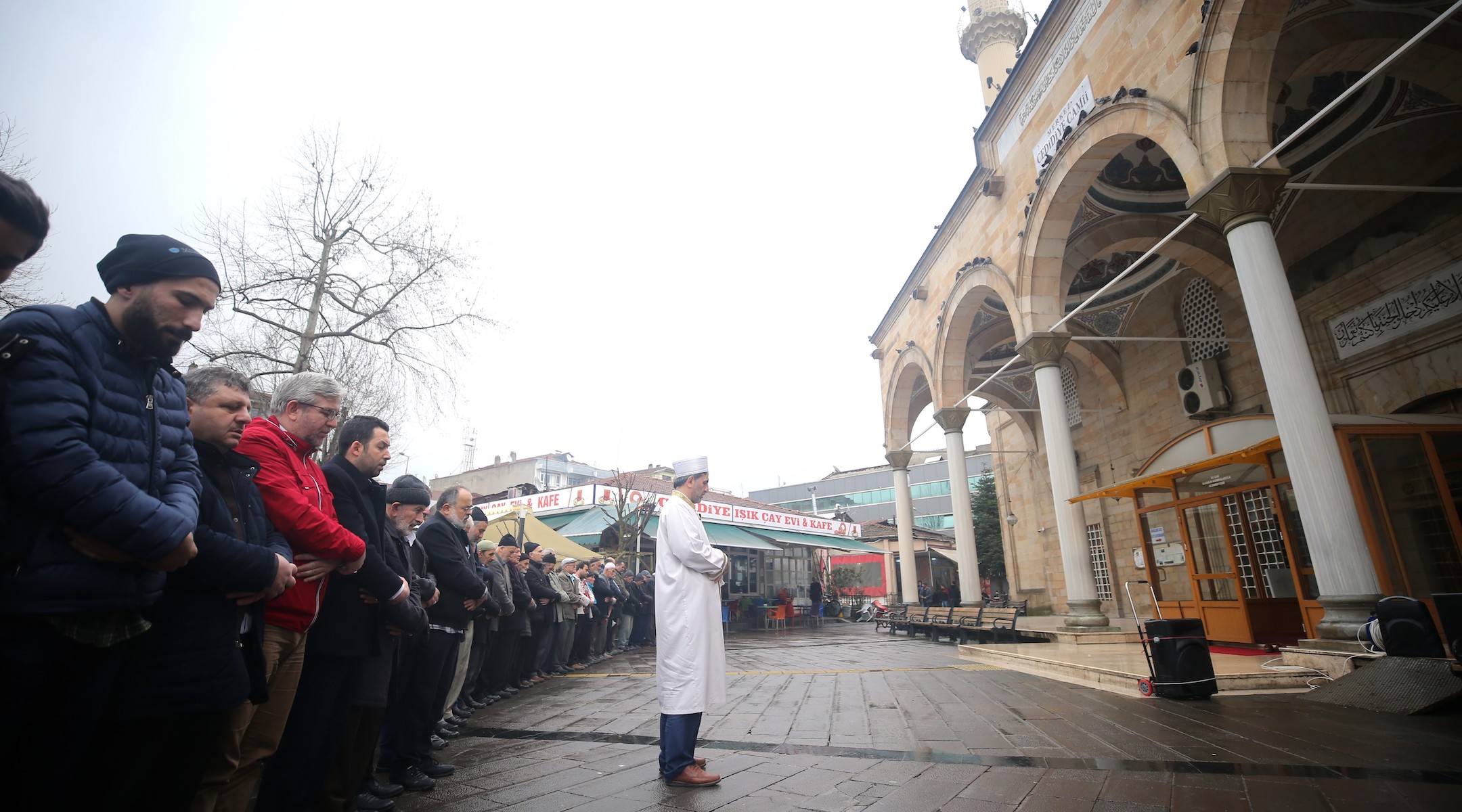 (JTA) — Jewish groups from New Zealand and beyond expressed their horror at the slaying of at least 49 people at two mosques in Christchurch Friday.

The New Zealand Jewish Council is ”sickened and devastated” by the attacks, in which at least one armed individual killed dozens of people by shooting them at close distance with a semi-automatic rifle. Footage of the carnage, which the killer filmed and streamed live, shows victims huddling and moaning as the killer fires into the crowd.

“We offer our full assistance and support to the Muslim community and stand united with it against the scourge of terrorism and racism, which we must do all we can to banish from New Zealand,” Stephen Goodman, the president of The New Zealand Jewish Council told the Jewish Telegraphic Agency.

Statements of support also came from the Holocaust Centre of New Zealand, the Rabbinical Council of Australia and New Zealand and other leading organizations in New Zealand.

Brenton Tarrant, a 28-year-old fitness trainer from Australia, was charged with murder in connection with the shootings. He had in the past described himself as a “regular white man, from a regular family.”

Two other men and one woman are also in custody.

Police also found multiple explosive devices in a car belonging to one of the suspects, the BBC reported.

The attack, which came around the time people were attending the mosques for Friday prayers, was the deadliest in the nation’s history.

U.S. politicians on Twitter drew comparisons between the mosque massacre and last October’s deadly shooting at a synagogue in Pittsburgh, where 11 people were killed by a gunman who had ranted against Jews and immigration.

“Charleston, Pittsburgh, and now Christchurch,” tweeted Sen. Elizbath Warren (D-Mass.), a candidate for the Democratic presidential nomination. “Everyone should have the right to worship without fear, and an attack on a place of worship is terrorism perpetrated against all of us. My heart goes out to the people of New Zealand today.”

“Pittsburgh, Charleston, Quebec, New Zealand — no one should have to fear going to their place of worship,” said California Gov. Gavin Newsom. “The hate that has fueled these horrific and cowardly acts MUST be called out. CA stands with New Zealand and Muslims everywhere.

Within hours of news of the killings, the Jewish Federation of Greater Pittsburgh set up a New Zealand Attack Emergency Relief fund to support the Muslim community there. The federation said it is in the process of identifying an international partner for distributing the donations.

“My warmest sympathy and best wishes goes out to the people of New Zealand after the horrible massacre in the Mosques. 49 innocent people have so senselessly died, with so many more seriously injured. The U.S. stands by New Zealand for anything we can do. God bless all!” he tweeted.