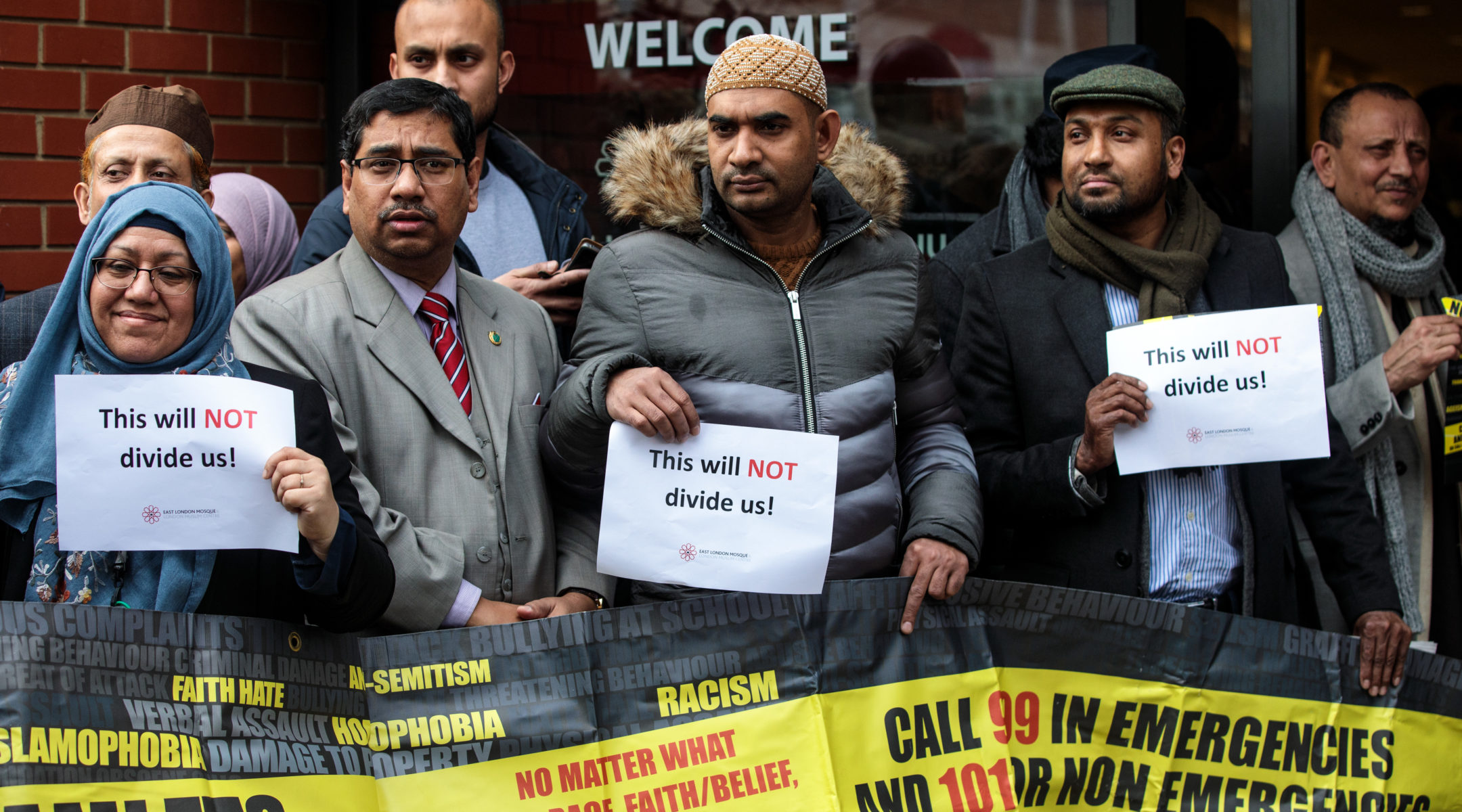 People hold up signs with the words 'This will not divide us' as they attend a vigil at the East London Mosque for the victims of the New Zealand mosque attacks on March 15, 2019 in London, England. Patrols have been increased after 49 people were killed in mass shootings at two mosques in central Christchurch, New Zealand, on Friday. (Jack Taylor/Getty Images)
Advertisement

WASHINGTON (JTA) — The Australian charged with participating in the killing 49 worshippers at two New Zealand mosques said his main inspiration was Oswald Mosley, the British fascist anti-Semite who was close to the Nazis.

Brenton Tarrant, 28, posted a 73-page manifesto on social media before the attacks Friday in Christchurch. His overriding motive in carrying out the massacre is to remove non-Europeans from European lands. “I mostly agree with Sir Oswald Mosley’s views and consider myself an Eco-fascist by nature,” he writes.

Mosley, an anti-Semite who led a fascist movement and who sought to reconcile Britain and Nazi Germany before the war, was interned by the British during much of the war.

Tarrant, an Australian, denies being an anti-Semite so long as Jews live in Israel. “A jew living in israel is no enemy of mine, so long as they do not seek to subvert or harm my people,” he writes. A similar view of Jews was held by Anders Behring Breivik, the white supremacist who killed 77 young people in Norway in 2011 and whom Tarrant names as a role model.

“The invaders must be removed from European soil, regardless of where they came from. Roma, African, Indian, Turkish, Semitic or other,” Tarrant writes.

At least three other people have been detained in relation to the attacks.

Jewish groups, including the Anti-Defamation League and the Simon Wiesenthal Center, identified the attack as part of a growing threat from white supremacists.

“This attack underscores a trend that ADL has been tracking: that modern white supremacy is an international threat that knows no borders, being exported and globalized like never before,” ADL CEO Jonathan Greenblatt said in a statement.