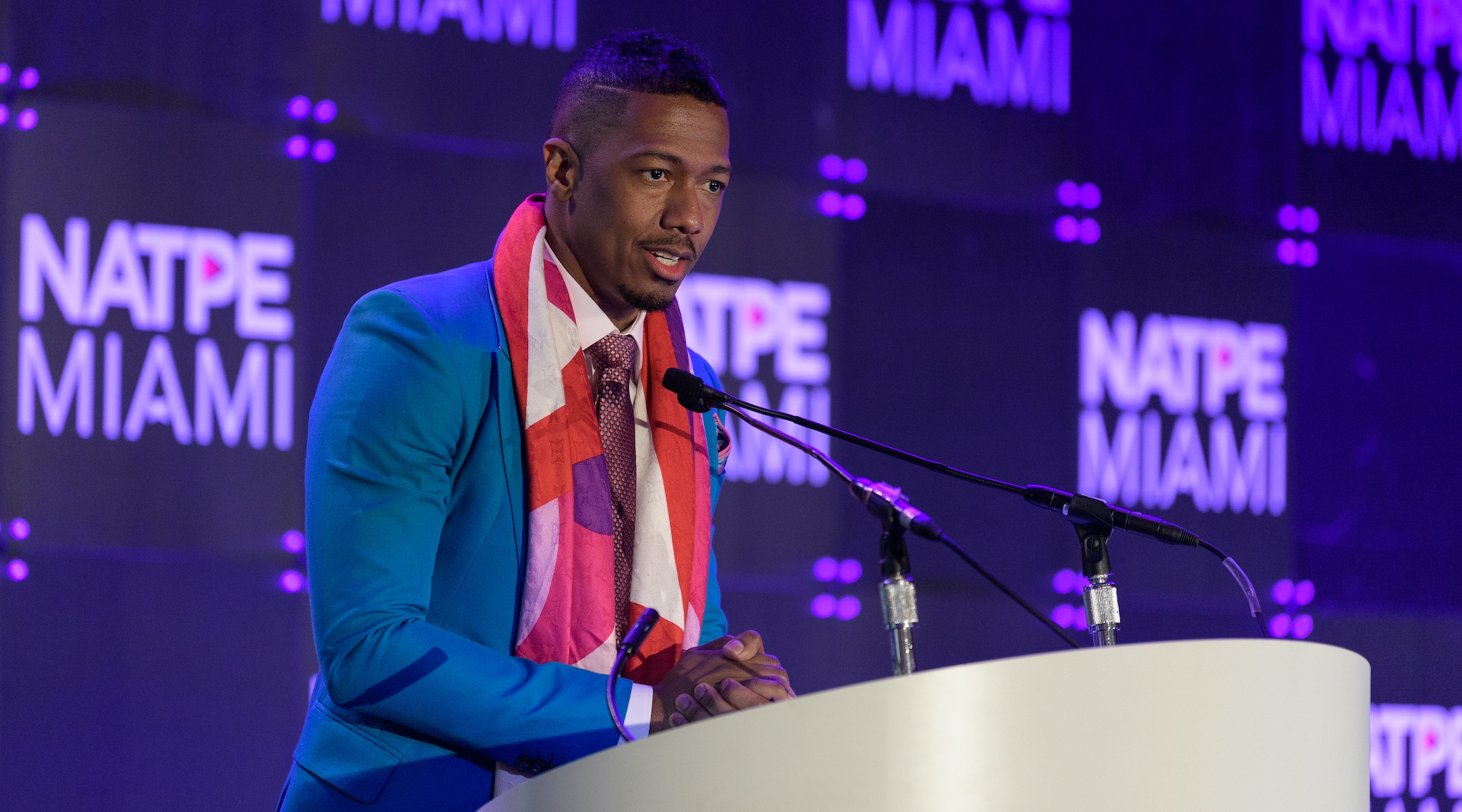 (JTA) — Actor and television host Nick Cannon offered his “most deepest and sincere apologies” to the Jewish community for  the “hurtful and divisive words” he used in an episode of his podcast.

“They reinforced the worst stereotypes of a proud and magnificent people and I feel ashamed of the uninformed and naïve place that these words came from,” he said in a tweet on Wednesday night.

First and foremost I extend my deepest and most sincere apologies to my Jewish sisters and brothers for the hurtful and divisive words that came out of my mouth during my interview with Richard Griffin.

It came a day after he was fired from ViacomCBS over an interview “which promoted hateful speech and spread anti-Semitic conspiracy theories,” with Richard “Professor Griff” Griffin, a rapper who performed with Public Enemy and was kicked out of the group in 1989 for making anti-Semitic remarks.

The apology came after a 30-minute phone conversation with Rabbi Abraham Cooper, the associate dean of the Simon Wiesenthal Center, the Associated Press reported. Cooper told the AP that they had plans to meet again in person. Cannon tweeted about the conversation, calling it a “blessed opportunity.”

Fox on Wednesday said in a statement that, in light of his apology, Cannon would remain the host and executive producer of “The Masked Singer.”

On Monday, Cannon had posted on social media that he had “no hate in my heart nor malice intention” but did not actually apologize for the scrutinized interview.