Sweep of the Danube riverbed finds no bones of Holocaust victims 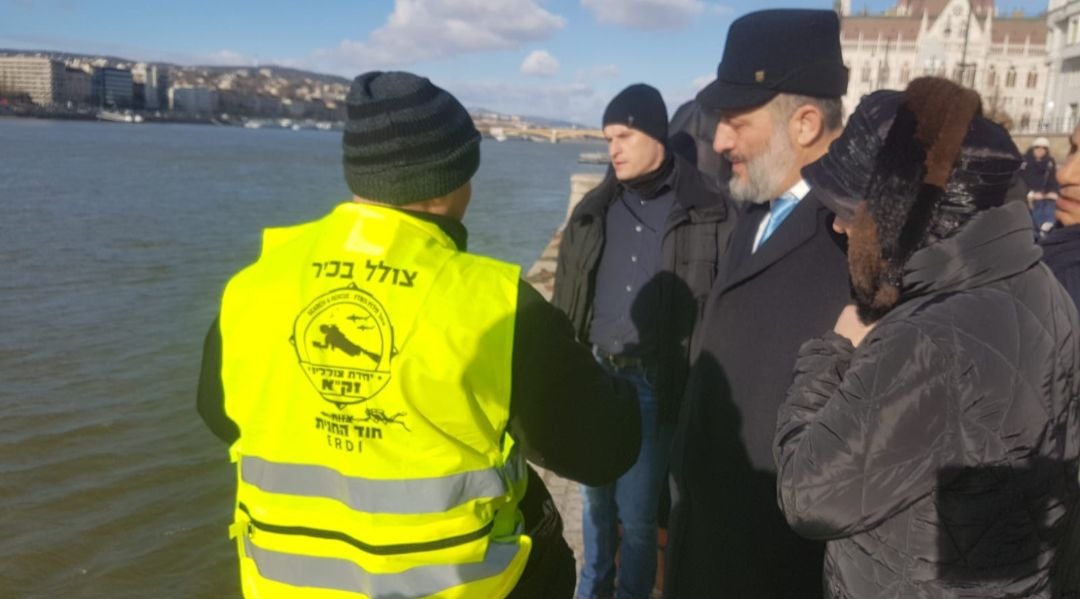 A ZAKA diver, speaking to Israeli Interior Minister Aryeh Deri, second from right, describes the operation to recover the remains of Holocaust survivors in the Danube River in Hungary, Jan. 15, 2019. (Courtesy of ZAKA)
Advertisement

(JTA) — A sonar scan of the bottom of the Danube River in Budapest revealed no human remains.

Volunteers for Zaka, an Israel-based Orthodox Jewish group, conducted the search Tuesday for the bodies of some of the thousands of Jews shot dead on the banks of the river in 1944-45 by Hungarian Nazi collaborators.

Slomo Koves, the head of the Chabad-affiliated EMIH Jewish federation of Hungary, told JTA that the team operating the sonar will be back next month for another scan. Zaka provides emergency services and collects human remains for burial after natural and manmade disasters.

In 2011, human remains were discovered during construction work on a bridge overlooking the Danube. DNA tests run on the bones in August 2015 found that at least nine of the 15 samples were Ashkenazi Jews from Europe and that six others could also be.

The murders by the pro-Nazi Arrow Cross are at the heart of an ongoing and polarizing debate in Hungary about how government-led and other commemoration efforts should address the issue of complicity. The Mazsihisz Jewish federation has accused the government of whitewashing this complicity, though EMIH has disputed this.

“Whether this is controversial or not is really not an issue,” Koves said of his group’s efforts to find the remains of Arrow Cross victims. “The only thing that matters is the major mitzvah of bringing the victims to burial.”

The rabbi said the government was helpful in obtaining permits for the searches.