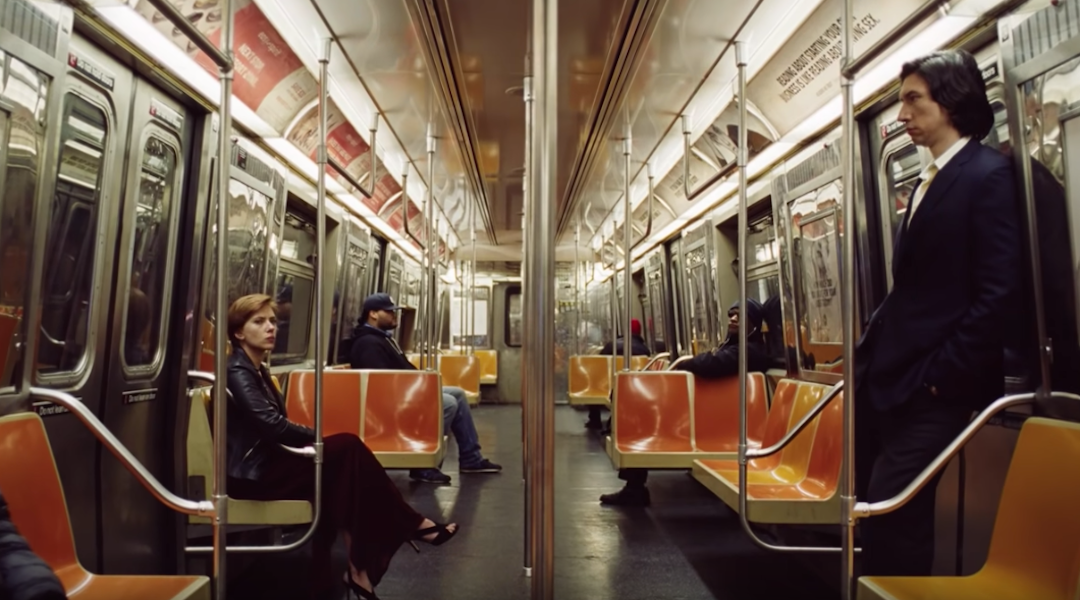 Scarlett Johansson, left, and Adam Driver in the trailer for "Marriage Story." (Screenshot from YouTube)
Advertisement

Baumbach called the movie his “love story about divorce” to The Hollywood Reporter, which described the plot as about two parents “who are un-amicably decoupling amid explosive fights, bloodthirsty lawyers and a bitter transcontinental custody battle.”

The film, which stars Adam Driver and Scarlett Johansson, draws on Baumbach’s own experience as he went through a divorce with Jewish actress Jennifer Jason Leigh in 2013. Baumbach’s parents were divorced as well.