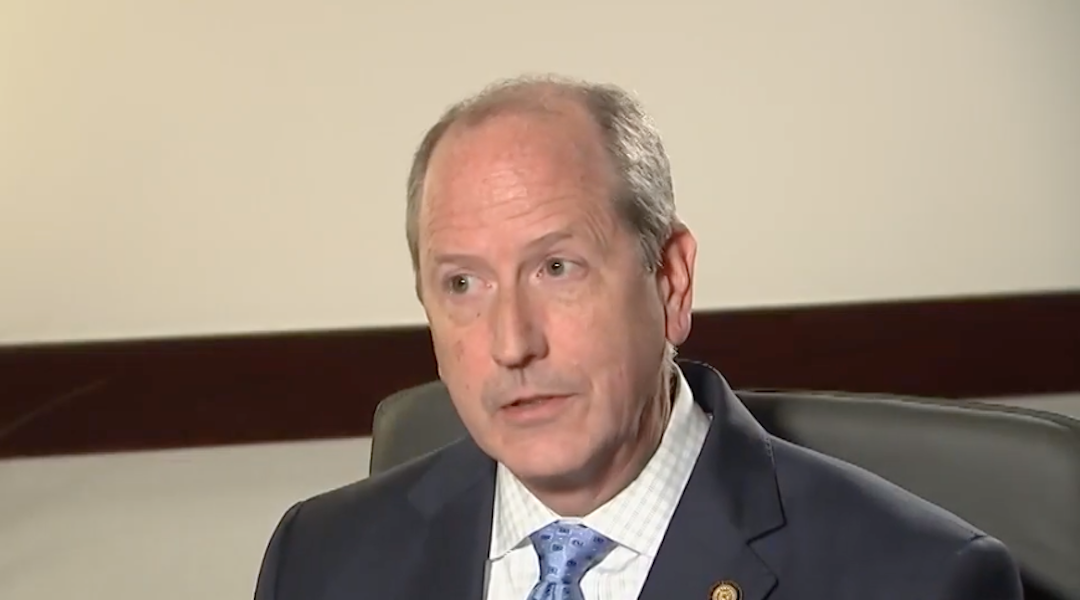 (JTA) — A Republican candidate for a congressional House seat in North Carolina invoked Oskar Schindler during an email exchange about enforcing anti-LGBTQ policies.

Dan Bishop, currently a state senator, was discussing with conservative activists how to minimize the 2017 partial repeal of the state’s “bathroom bill,” which barred transgender people from using the bathroom of their choice.

In the emails obtained by Real Facts NC, a liberal nonprofit, Bishop expressed support for an exemption to allow small businesses to refuse “creative” services to LGBTQ people — such as in the case that saw a Colorado baker refuse to bake a cake for a same-sex couple.

When one conservative activist asked which types of business owners Bishop was seeking to “protect,” he responded by referencing Oskar Schindler, the German businessman who saved more than a thousand Jews during the Holocaust.

“As Oscar (sic) Schindler said, as many as we can,” Bishop wrote in response.

That’s a paraphrased quote from Steven Spielberg’s 1994 film “Schindler’s List,” which chronicles Schindler’s efforts to save as many Jews as he could by hiring them to work in his factories so they could avoid being deported to death camps.