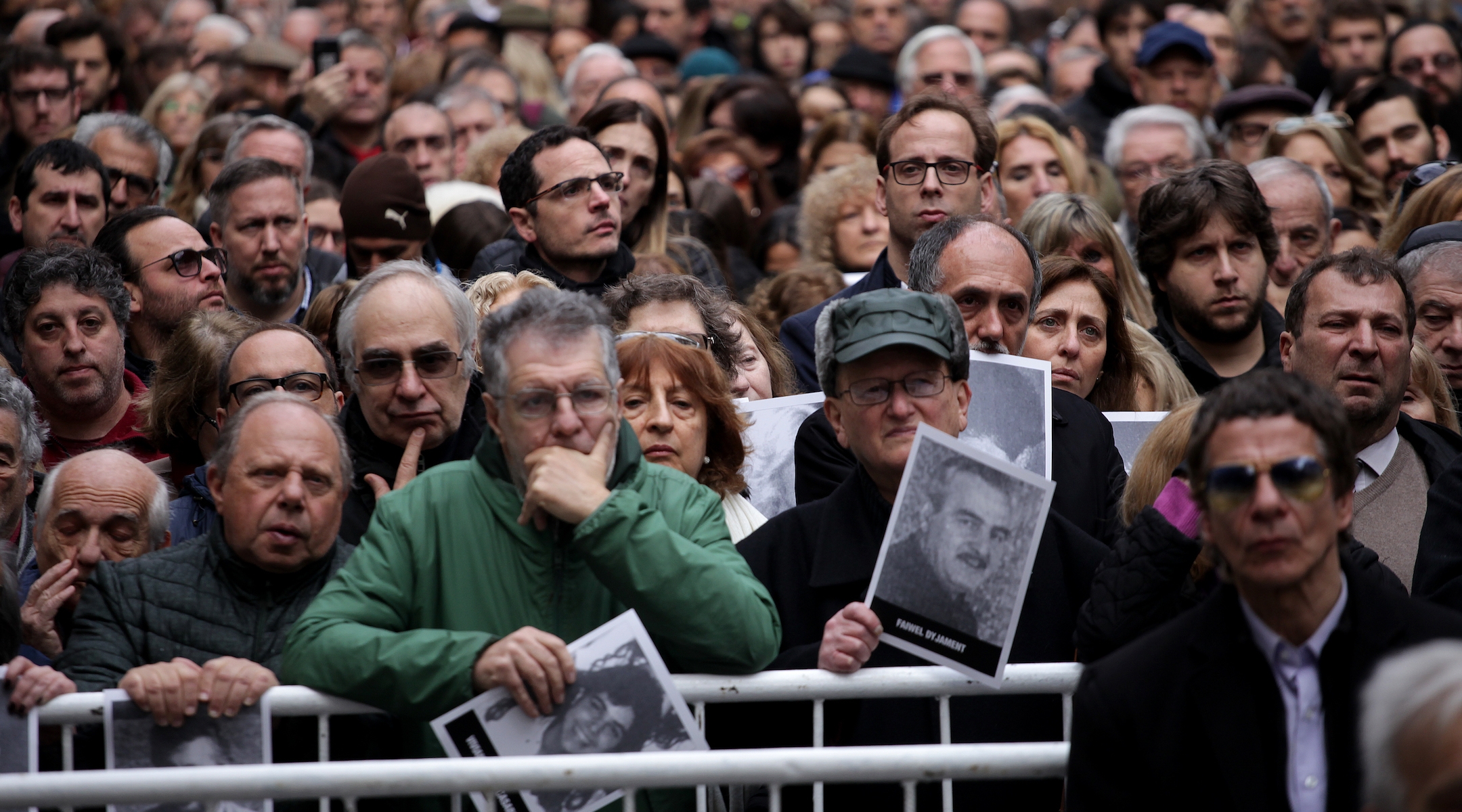 People hold up pictures of victims at a commemoration ceremony 25 years after the terrorist attack on the Jewish community's AMIA building in Buenos Aires, July 18, 2019. (Carol Smiljan/NurPhoto/Getty Images)
Advertisement

BUENOS AIRES, Argentina (JTA) — Argentina listed Hezbollah as a terrorist group on Thursday, the 25th anniversary of a deadly attack on Argentine Jews attributed to the Lebanon-based militia.

Hezbollah, which has denied any involvement in the 1994 bombing on the AMIA Jewish center in Buenos Aires, was placed on a national list that was created Wednesday specifically for the purpose of giving the government a legal framework to take hostile action against the group. The attack killed 85 and wounded hundreds.

“Hezbollah is a terrorist organization that is still active in our continent, it is important that it has been included in the registry of terrorist groups,” he said.

At 9:53 a.m. Thursday, the time the bomb went off, emergency vehicles including police cars and firefighting trucks sounded their sirens in commemoration of the victims.

The main commemoration event began at the same time in front of the building that was destroyed.

A candle in memory of each victim was lit, as well as one for the late prosecutor Alberto Nisman, who police say was murdered in 2015, four days after he formally accused then-President Cristina Fernandez de Kirchner of covering up the role of Iranian officials in the attack.