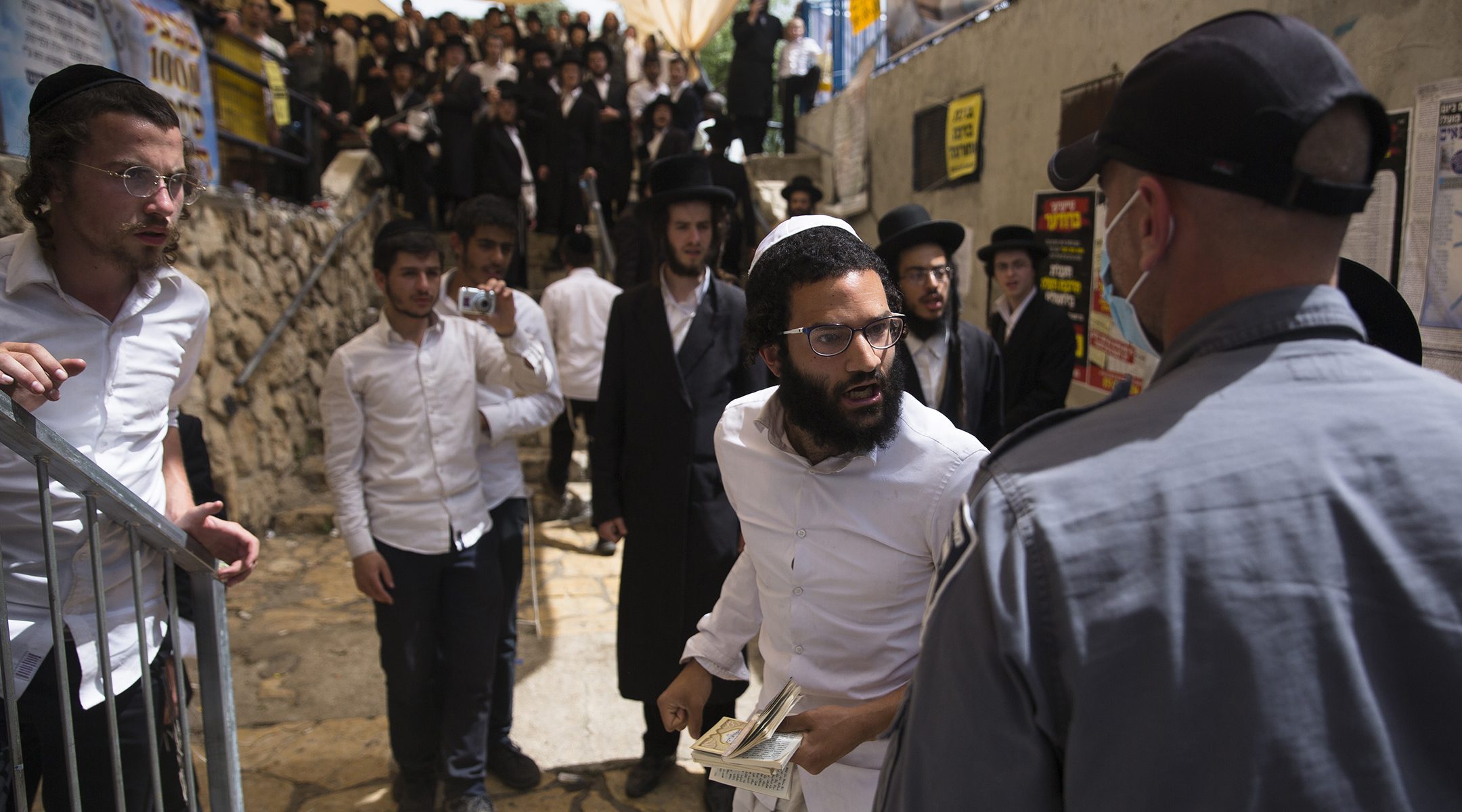 Mourners gather for the funeral of one of those who died in the Lag b'Omer stampede on Israel's Mount Meron, April 30, 2021. (Ilia Yefimovich/picture alliance via Getty Images)
Advertisement

(JTA) — Israel’s state comptroller has launched an inquiry into the stampede at Mount Meron on Lag b’Omer that killed 45 celebrants, citing prior warnings from his office that the site was unsafe for mass use.

“We must now examine and see how this incident should have been prevented,” Haaretz quoted Matanyahu Englman as saying on Monday.

Englman also said he would explore assigning personal liability for the tragedy.

He noted that reports by one of his predecessors in 2008 and 2011 found that structural changes to the site in northern Israel were made without oversight. Tens of thousands of Jews, most of them haredi Orthodox, gather at the site each year to commemorate the death of second-century Rabbi Shimon Bar Yochai, whose tomb is believed to be at the site.

The Comptroller’s Office does not have enforcement powers. A number of Israelis, including Knesset members, are calling for a commission of inquiry that could recommend criminal indictments.

Accusations so far have been aimed mostly at Prime Minister Benjamin Netanyahu and two Cabinet members close to him, Interior Minister Aryeh Deri and Public Security Minister Amir Ohana. The trio reportedly removed restrictions for access to the site at a time that Netanyahu is cultivating haredi, or ultra-Orthodox, parties in a bid to form a government following the March elections.

Benny Gantz, the Blue and White party leader who is justice minister, said he has asked the attorney general for a legal opinion about establishing a commission of inquiry. Gantz is among those seeking to keep Netanyahu from emerging as prime minister in the negotiations.

Netanyahu has said he will set up a commission following the 30-day period of mourning.