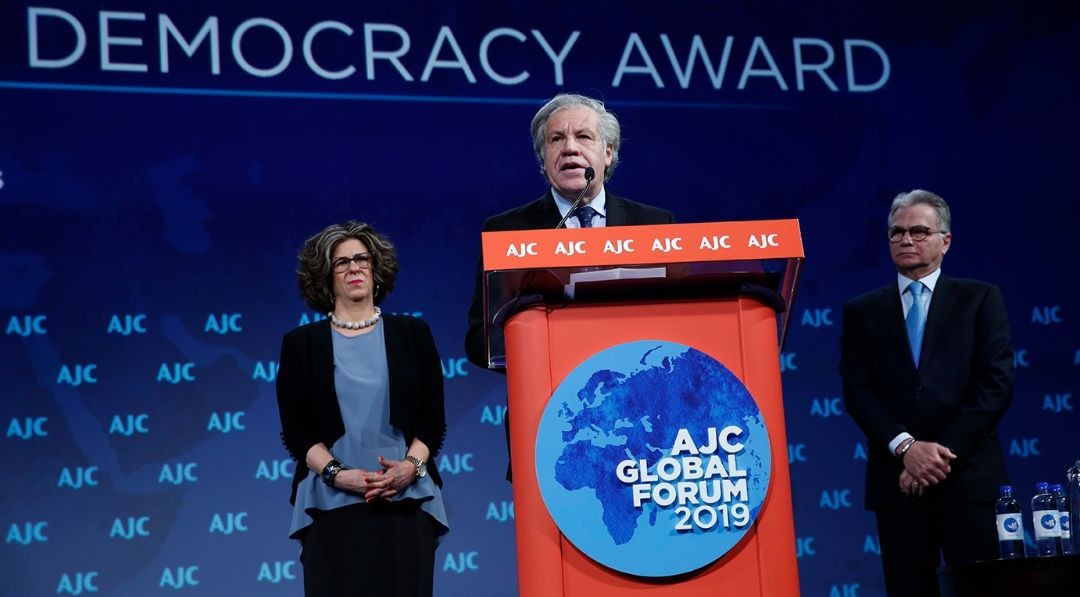 OAS Secretary General Luis Almagro’s announcement Tuesday in Washington makes him the first Latin American leader to do so.

He also called Hezbollah “a terrorist organization” as he accepted the Champion of Democracy Award from the American Jewish Committee on the last day of its annual Global Forum.

The IHRA working definition offers a comprehensive description of anti-Semitism in its various forms, including hatred and discrimination against Jews, Holocaust denial  and, sometimes controversially, the way anti-Semitism relates to the ways criticism of Israel is expressed.

“The international community has a responsibility to counter anti-Semitism and xenophobia,” Almagro said, adding: “There is absolutely no excuse for inaction or denial.”

He also denounced Iran and Hezbollah, noting that they have a solid base of operations in South America,” and have found “fertile ground to operate in Cuba and Venezuela.”

He called the July 1994 bombing of the AMIA Jewish community center in Buenos Aires the “worst terrorist act in the history of Argentina and the largest Jewish death toll from anti-Semitic terrorism outside Israel since World War II.” Iran and Hezbollah are linked to the attack as well as a 1992 attack on the Israeli embassy in Buenos Aires.

Argentina, like all other countries in the Americas except the United States and Canada, do not list Hezbollah as a terror organization.