Palestinian man arrested in assault and murder of Israeli woman, 19 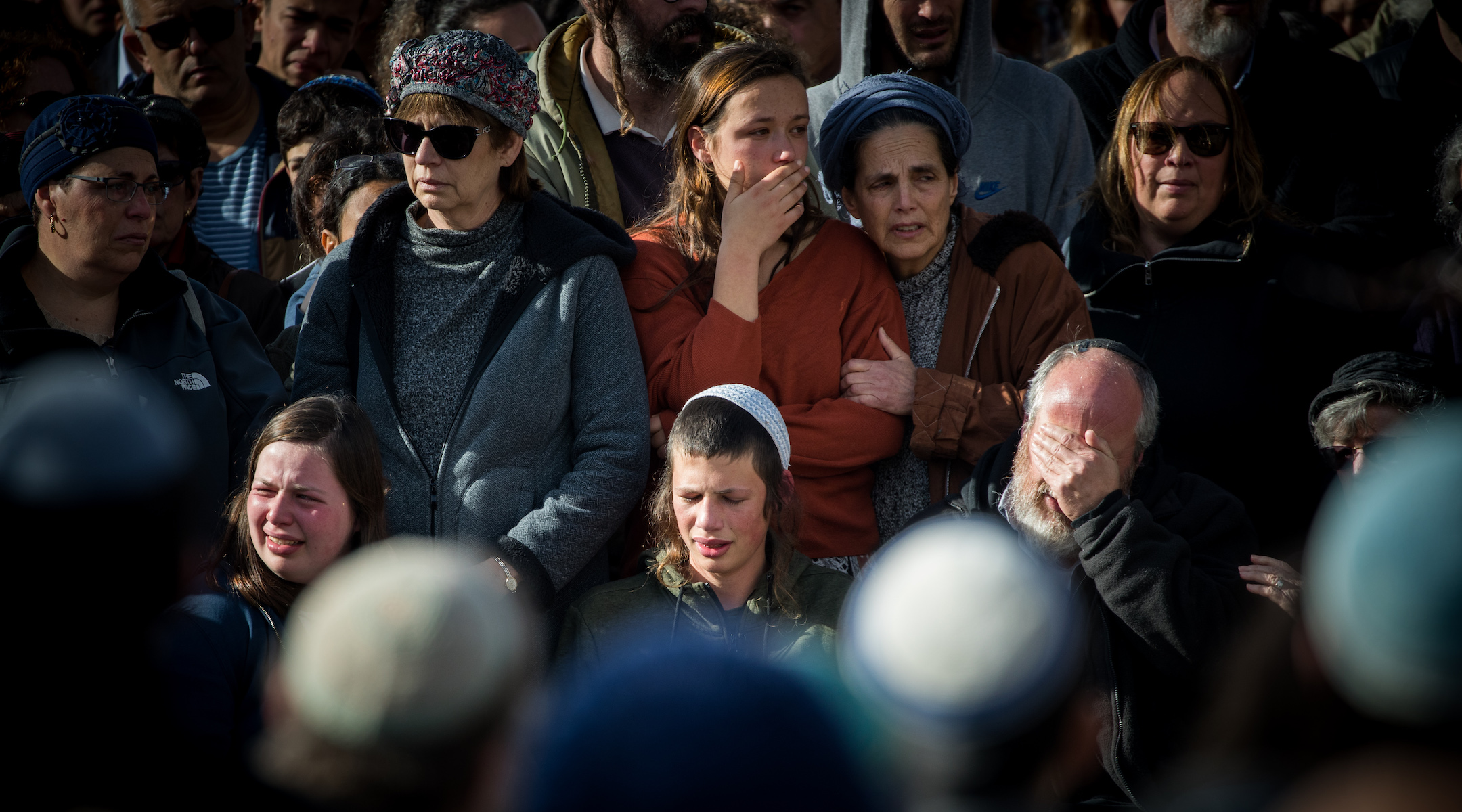 JERUSALEM (JTA) — A Palestinian man was arrested on suspicion of sexually assaulting and murdering a 19-year-old Israel woman.

The Israel Security Agency or Shin Bet on Sunday night announced that the attack was “nationalistic” in nature.

Arafat Irfaiya was arrested early on Saturday morning, after forensic evidence found at the scene of the murder tied him to the murder. Irfaiya, 29, of Hebron, early on Sunday morning reenacted the attack and murder for authorities, according to reports.

He left his house Thursday, carrying a knife and reportedly came on Ori Ansbacher as she hiked in the Jerusalem Forest.

Members of the suspect’s family are affiliated with Hamas, though it is believed that he acted alone. It was believed he intended to claim the attack was nationalistically motivated so that his family will receive martyr payments from the Palestinian Authority.

The Israel Defense Forces on Saturday night mapped out his family home in order to be ready to demolish it if a terror motive is determined.

Ansbacher’s body was found Thursday evening in Ein Yael between the Biblical Zoo and the Arab village of Walaja, and was said to show “signs of violence” and multiple stabbings. Ansbacher, of Tekoa, was performing a year of national service at the time of her death.

A gag order has been placed on many details of the attack and the attacker. Israel Police over the weekend called on the public and the media to stop speculating.

In a series of tweets, the Israel Police said there have been reports, particularly on social media, “about the circumstances of the murder, including irresponsible depictions of horror. We want to make it clear that these are groundless reports, harm both the victim and the family’s dignity and mislead the public.”