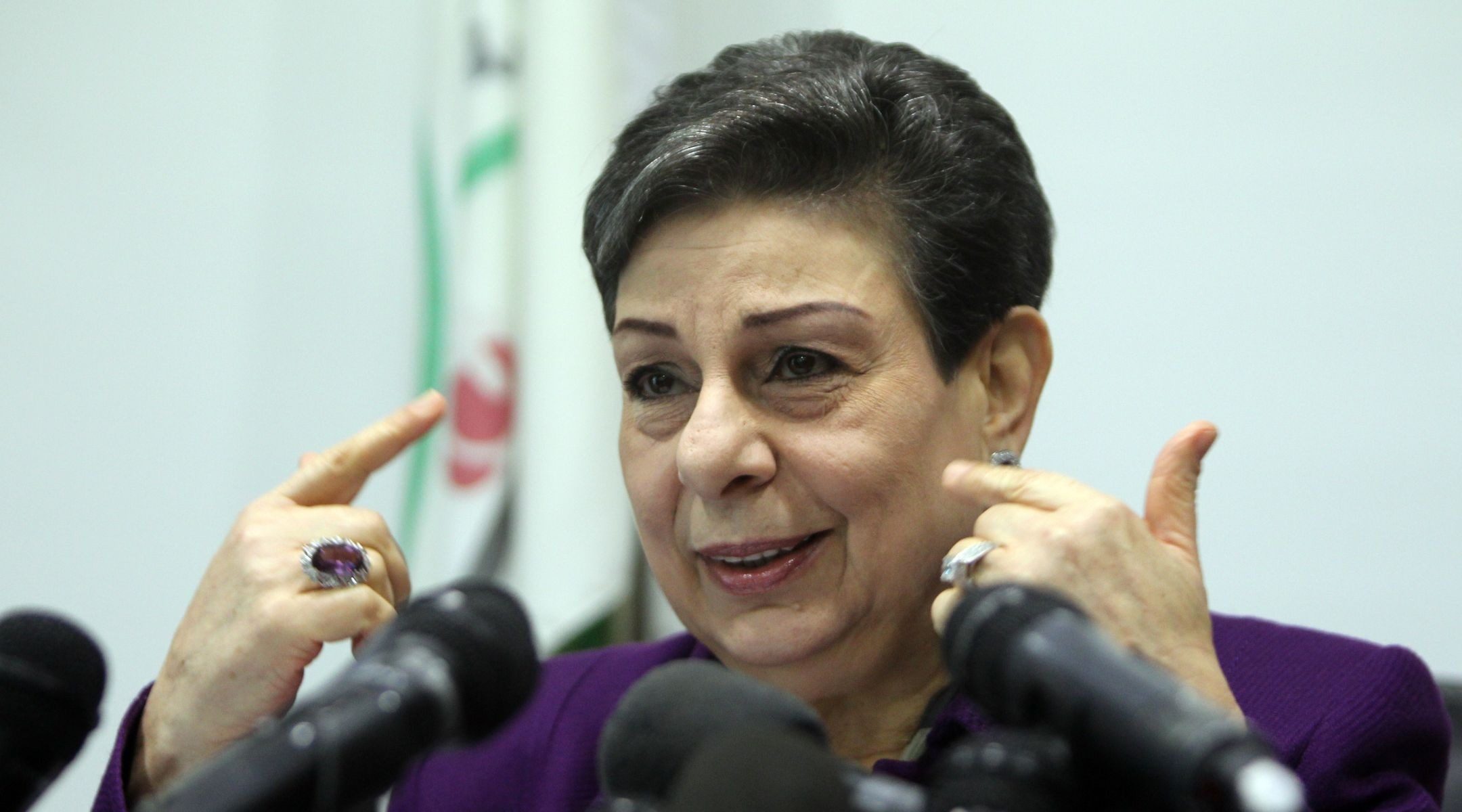 WASHINGTON (JTA) — Hanan Ashrawi, the longtime Palestinian spokeswoman and commentator, said the Trump administration turned down her request for a visa to visit her family.

“No reason given,” Ashrawi said Monday on Twitter. “Choose any of the following: I’m over 70 and a grandmother; I’ve been an activist for Palestine since the late 1960s; I’ve always been an ardent supporter of nonviolent resistance; I’ve always struggled for human rights and against corruption; I’m basically an academic although I was elected to the” Palestine Legislative Council, the Palestine National Council and the Palestine Liberation Organization executive committee.

1/It is official! My US visa application has been rejected. No reason given. Choose any of the following: I’m over 70 & a grandmother; I’ve been an activist for Palestine since the late 1960’s; I’ve always been an ardent supporter of nonviolent resistance;

Ashrawi has served as a negotiator through multiple rounds of peace talks.

A State Department official told the Jewish Telegraphic Agency that the State Department could not reveal the circumstances of the denial of a visa, but added that visas are not denied for political reasons.

“Visa records are confidential under U.S. law; therefore, we cannot discuss the details of individual visa cases,” said the official. “Whenever an individual applies for a U.S. visa, a consular officer reviews the facts of the case and determines whether the applicant is eligible for that visa based on U.S. law. U.S. law does not authorize the refusal of visas based solely on political statements or views if those statements or views would be lawful in the United States. Visas may be denied only on grounds set out in U.S. law.”

Among the reasons under U.S. law for visa denial are evidence that the user plans to violate the terms of the visa — by working without a permit, for instance; a criminal record; past immigration violations; and a variety of medical reasons.

JTA asked the State Department for comment. It was unavailable as of press time.

The Trump administration has defunded virtually all assistance to the Palestinians and shut down a PLO mission in Washington, D.C.