Pee-wee Herman is back with a tour, and possibly much more 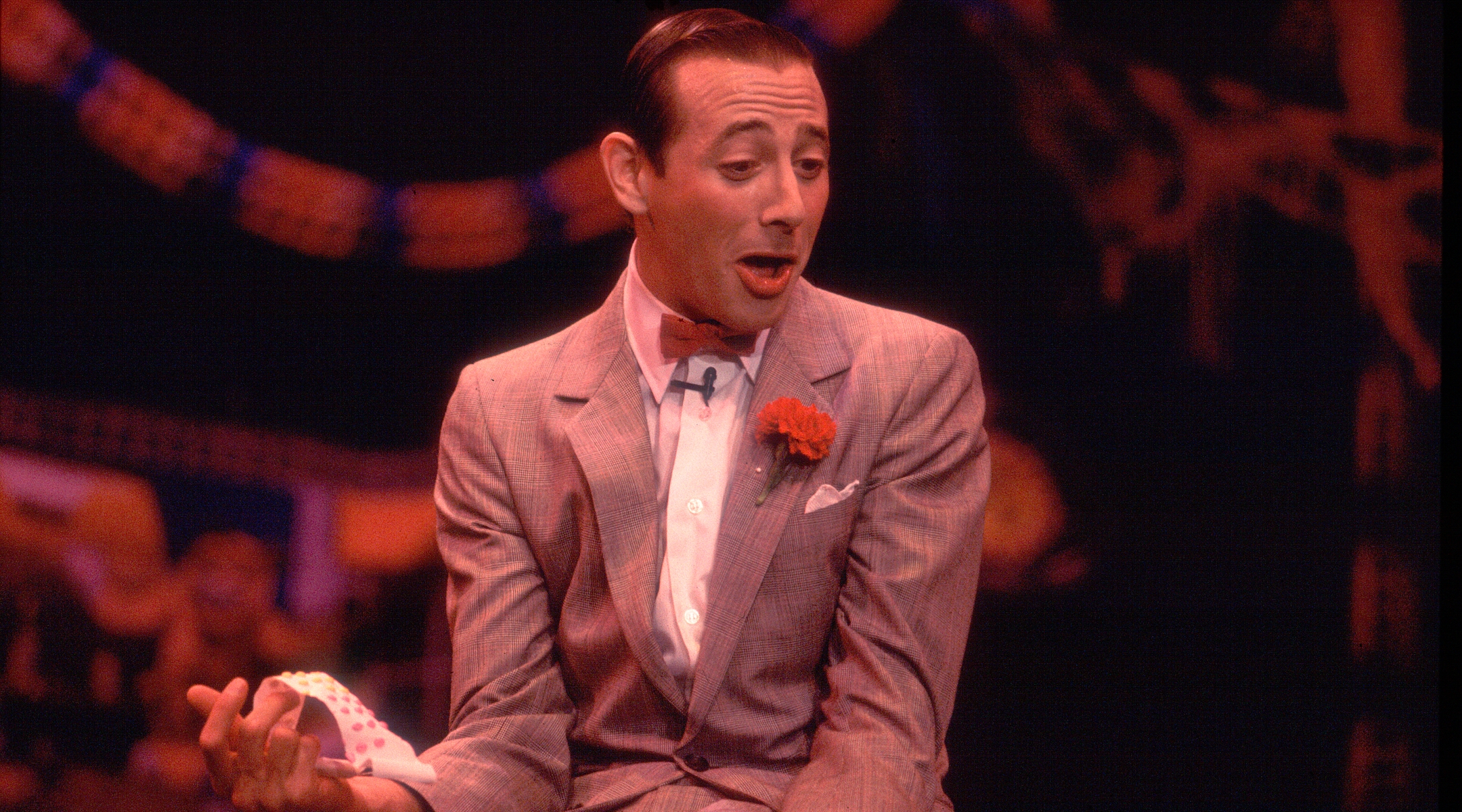 (JTA) — Thirty-five years after his breakthrough film “Pee-wee’s Big Adventure,” and 29 years after that notorious incident in a Florida adult movie theater, Paul Reubens is back.

The comedian known as Pee-wee Herman is embarking on 25-city, two-month tour that will take him across the country. Each performance on the tour will be followed by a screening of “Pee-wee’s Big Adventure.”

But get ready for even more of everyone’s favorite innocent man-child bedecked in a suit two sizes too small, with the signature red bow tie and Schwinn bike: Other possible Pee-wee projects are in the works.

This was in The Hollywood Reporter last week:

He’s at work on a radio project — something akin to a Pee-wee podcast — and is in talks to develop an animated series centering on Pee-wee and the puppets from his old TV show’s Puppetland. Most intriguing of all, he’s been pitching studios on “The Pee-wee Herman Story,” a very un-Pee-wee-sounding screenplay that takes his puckish TV persona into dark and unexpected territory (Pee-wee gets sent to a mental hospital for shock treatment for his alcoholism, no joke).

The latter part of that could be inspired by Reubens’ real life darkness, which includes two arrests — in 1991 for public indecency and in 2002 for owning child pornography.

While he had some celeb defenders — including Bill Cosby — the arrest essentially ended his career. Reubens made occasional public appearances, but became more of a cult figure.

Reubens — whose father was one of the founding members of the Israeli Air Force — reprised the Pee-wee character in a 2016 Netflix film.

“People have argued I have done everything consciously or unconsciously to destroy [the character], but it’s a brand that won’t die,” he told The Hollywood Reporter.