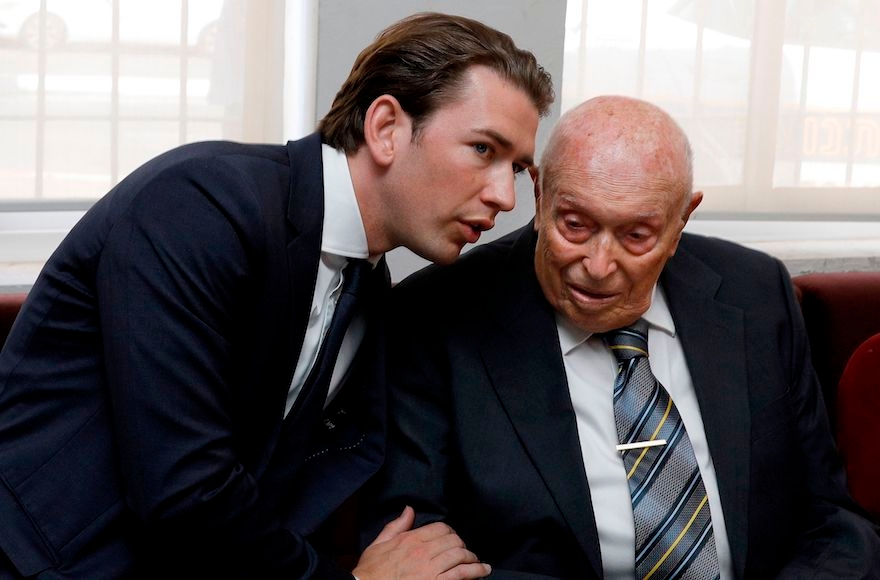 (JTA) — An exhibit of photos of Holocaust survivors lining a major street in downtown Vienna was vandalized with swastikas.

Some of the portraits also were damaged with knives, The Associated Press reported, citing the Austrian national broadcaster ORF.

Austrian Chancellor Sebastian Kurz called for an immediate investigation in to the what he called the “anti-Semitic desecration.”

I am dismayed by the anti-Semitic desecrations of the photos of Shoah survivors. I demand an immediate and complete clarification. Anti-Semitism does not have a place in Austria,” he tweeted.

Austrian Jewish leader Oskar Deutch in a tweet called the vandalism “an attack on all of Austria.”

Austria’s Vice Chancellor Heinz-Christian Strache, of the far-right Freedom Party, part of Kurz government, resigned on Saturday over an alleged corruption scandal in which he offered government contracts to a foreign heiress planning to buy a controlling share in a major Austrian newspaper in exchange for positive media coverage of his party.