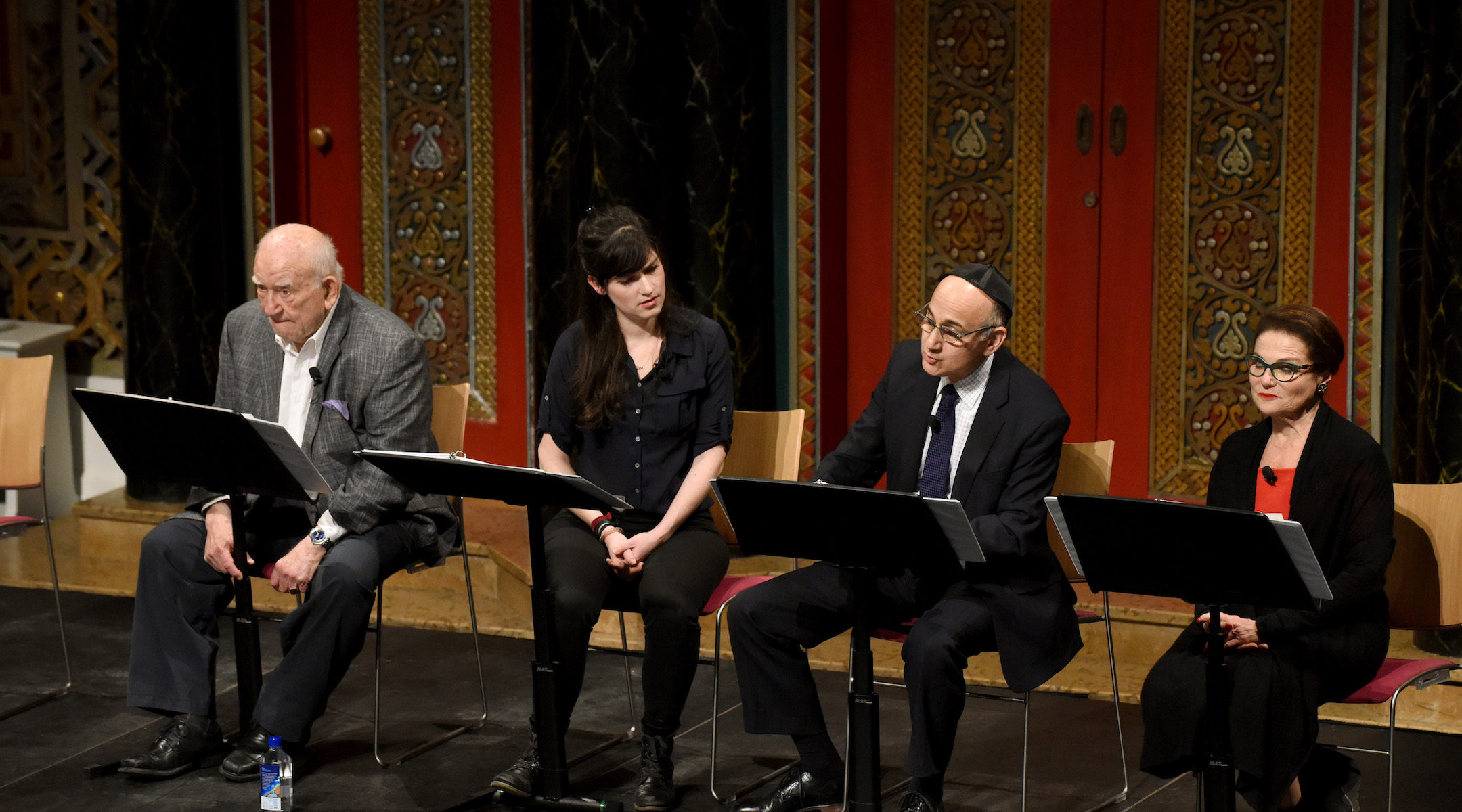 From left to right: Ed Asner, Liba Vaynberg, Ned Eisenberg and Tovah Feldshuh in a reading of "The Soap Myth" at the B'nai Jeshurun synagogue in New York, Jan. 23, 2019. (Diane Bondareff)
Advertisement

(JTA) — “The Soap Myth,” a play about the widely-held belief that the Nazis made soap using the body fat of Jewish corpses, debuted a decade ago Off-Off-Broadway. It’s coming back for a short run during a time of rising anti-Semitism across the globe.

There will be 12 performances all told, beginning April 15 at the Bryan Glazer Family JCC in Tampa and ending May 7 at the Holocaust Center of Pittsburgh.

During this run, the show will be performed in concert style: there is no set, and the actors sit in place and have scripts in front of them. But the format does little reduce the poignancy of the play or the rage it is likely to engender.

Milton knows that the soap rumors are fact. Feinman contends there is not sufficient proof to say so unequivocally, and that to make a mistake fuels deniers. Their debate is at the play’s center.