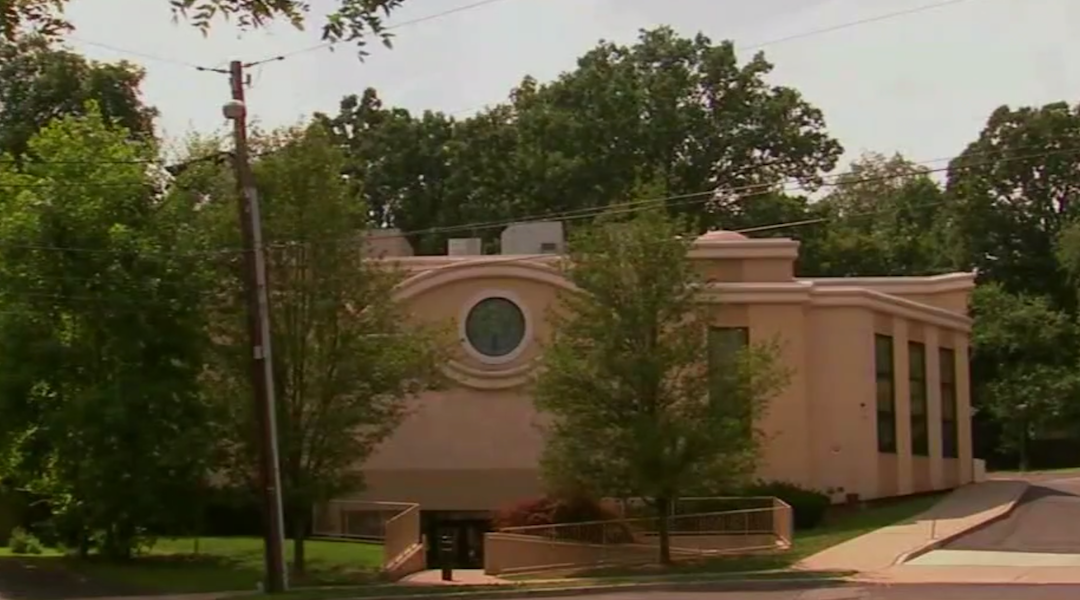 A view of the Young Israel of Teaneck synagogue in Teaneck, N.J. Worshipers leaving the synagogue were hit with water and taunted by a group of men in a car. (Screenshot from ABC 7 NY)
Advertisement

(JTA) — Police in Teaneck, New Jersey, have identified three of four people who allegedly sprayed dark liquid on Jews near a synagogue.

The three suspects, who are said to have used water guns to squirt the liquid on July 12 outside the Young Israel synagogue after Friday evening prayers, are all adults, Deputy Mayor Elie Katz was quoted as saying in a report Wednesday by WABC-TV.

Police are investigating the incident as a hate crime.

Katz wrote on Facebook that the suspects were in a silver Honda Accord, taking videos and shooting water guns at people walking out of the prayer service. They made two rounds and at least one of them shouted anti-Semitic obscenities when passersby shouted for the driver to stop.

One person reported the license plate number to police, who proceeded to trace the owners and ascertain who was in the car on Friday at around 9 p.m.

Separately, a swastika was carved onto the chassis of a car owned by a Jewish person in Matthews, North Carolina.

“I was sort of mad, sad, brokenhearted and really angry that someone would damage my property like that, especially with that kind of a symbol because, as a Jew, it symbolizes the murder of 6 million of my brothers and sisters,” the owner, who did not want to be identified, told WSOC-TV on Wednesday.

Police have no suspects.

Earlier this week, multiple graffiti of swastika and Holocaust denial appeared earlier on the pedestrian bridge of the Santa Monica neighborhood in Los Angeles.