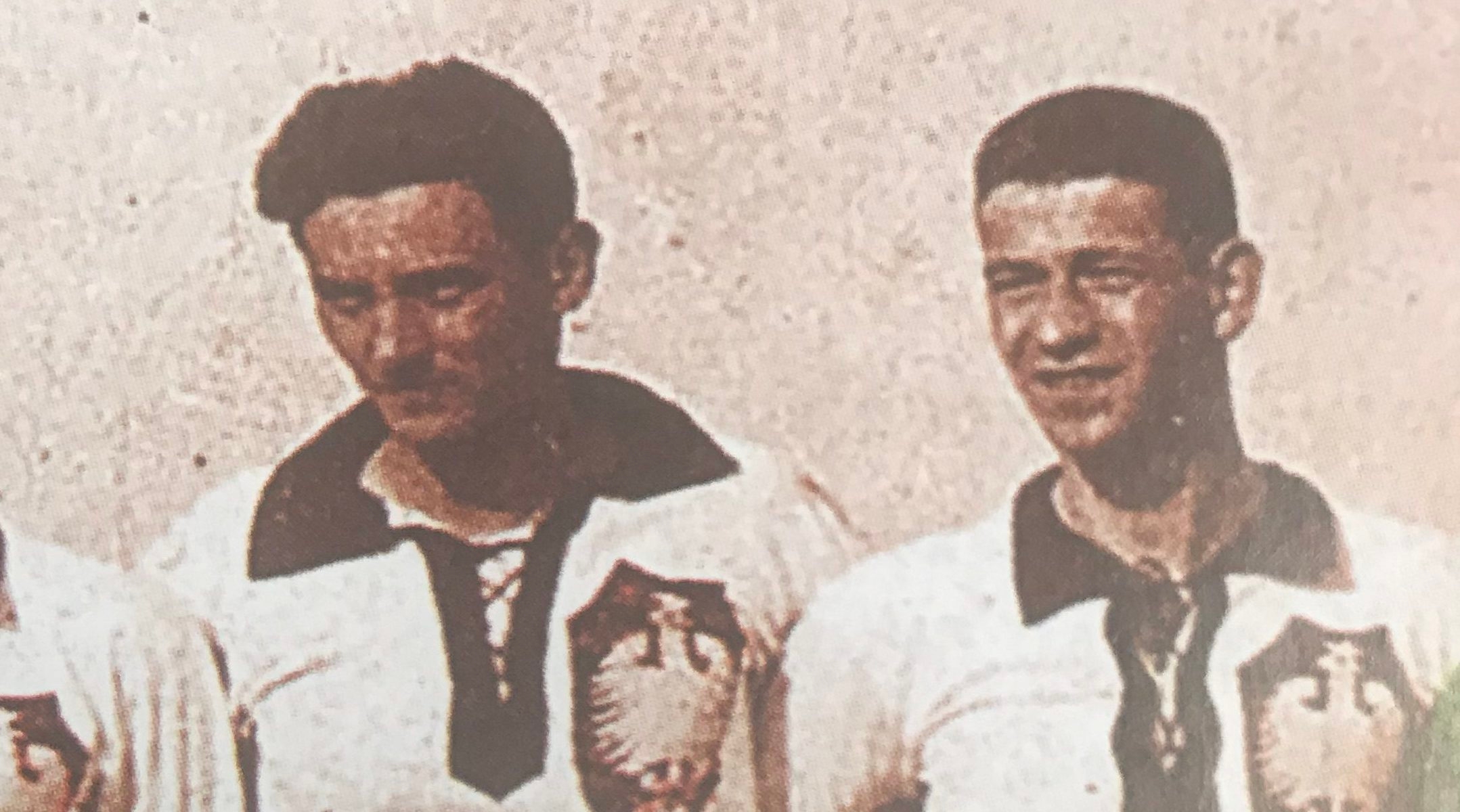 Jozef Klotz, left, with a teammate in Krakow in the 1920s. (Courtesy of From the Depths)
Advertisement

(JTA) — Ahead of a match-up between Israel’s national soccer and Poland’s, the Polish Football Association honored a Jewish player murdered in the Holocaust.

The two teams are to face each other Monday night in Warsaw in a qualifying match for the  2020 UEFA European Football Championship. Relations between the two countries have suffered following the eruption of a diplomatic crisis over a Polish law making it illegal to blame Poland for the Holocaust.

The Polish association’s president, Zbigniew Boniek, is scheduled to present a jersey bearing the name and number of Jozef Klotz to his Israeli nephew, Yoav Dekel. In 1922, during a match in Sweden, Klotz scored the first-ever goal for a Polish team in an international match. The current members of the Polish national team all signed the shirt, which will be presented during a ceremony in Warsaw, which is being organized by the From the Depths Holocaust commemoration group.

The ceremony  is to be followed by the opening of an exhibition about Klotz and the other Polish Jewish players at the TSKZ Jewish cultural club in Warsaw.

Israel’s will play Latvia Friday night and Poland on Monday.

The match would bring into contact hundreds of soccer fans from Israel and Poland. The tension has recently widened to include restitution issues.

Klotz, who was unusually tall for his era, was one of Polish soccer’s earliest stars. He played for Jutrzenka Krakow and Maccabi Warszawa before being murdered by German Nazis in the Warsaw Ghetto in 1941.