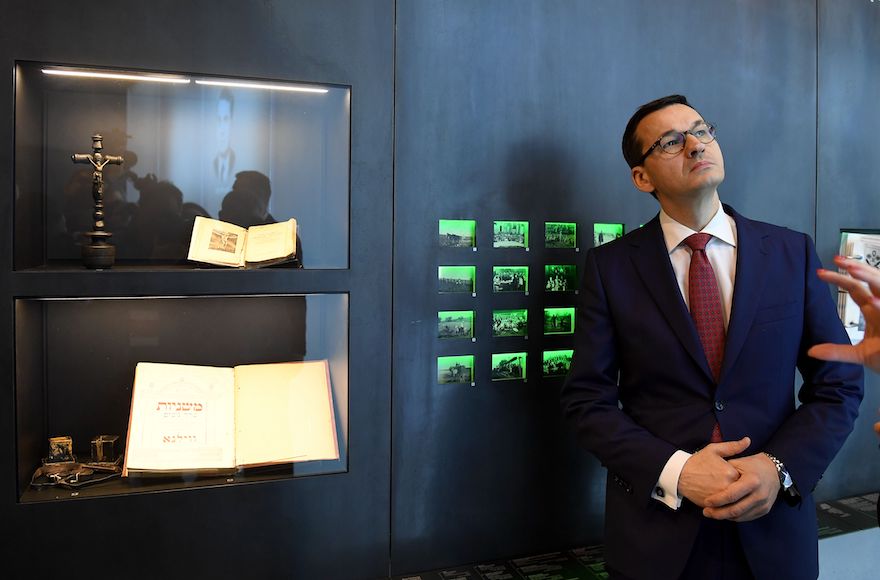 “If today anyone says that Poland has to pay damages to anyone, then we disagree and will continue to do so and it will not happen as long as the country is ruled by Law and Justice,” Morawiecki said during an event Friday in Lodz.

Morawiecki’s remarks were widely understood to mean that he regarded offering restitution for Jewish property morally flawed and a victory for Nazism.

“If there were such a terrible injustice, inverting torturer and victim, it would contradict any elementary principle of international law. This would also be Hitler’s posthumous victory, which is why we will never allow it,” he said.

Earlier this month, Morawiecki said that Poland would never pay restitution because Poles were the greatest victims of World War II.

Israel, the United States, the United Kingdom and Jewish groups have protested Poland’s failure to pass restitution laws for privately owned property lost by Jews in the Holocaust.

Under the Justice for Uncompensated Survivors Today law, or JUST, passed a year ago, the U.S. State Department is required to prepare a progress report by this year on the situation of property left behind during the war in 46 countries, including Poland.