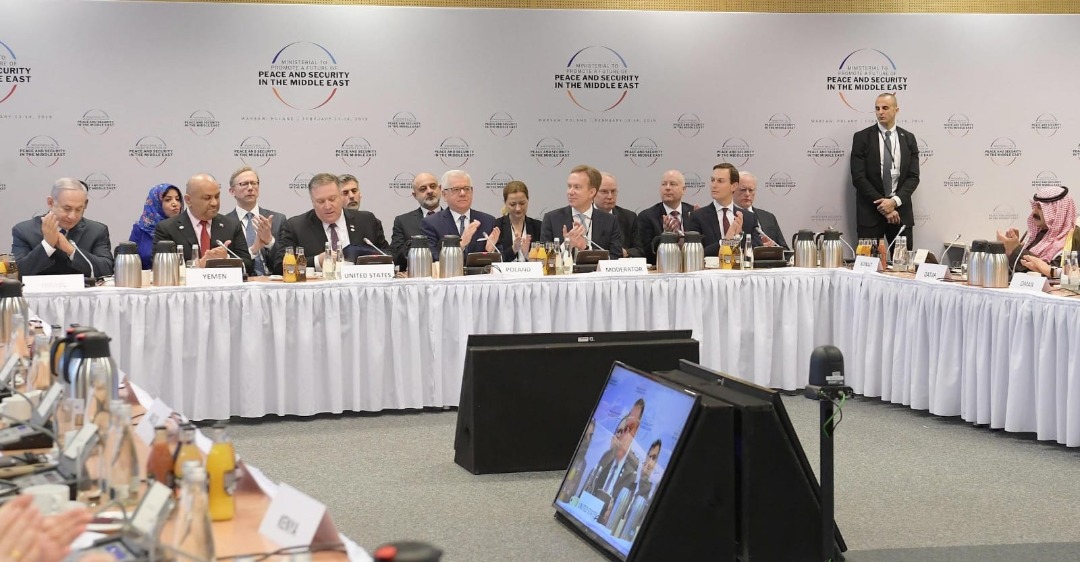 Israeli Prime Minister Benjamin Netanyahu, far left, was in Warsaw for the Conference on Peace and Security in the Middle East on Feb. 14, 2019. (Amos Ben-Gershom/GPO)
Advertisement

WARSAW (JTA) — Polish Prime Minister Mateusz Morawiecki said he will skip a European summit to be held in Israel this week, days after Benjamin Netanyahu said in Warsaw that “Poles cooperated with the Nazis.”

Morawiecki announced Sunday that he will not attend the meeting of the Visegrad Group countries, which is to be held on Tuesday and Wednesday in Jerusalem, and likely will send Minister of Foreign Affairs Jacek Czaputowicz.

Anna Azari, Israel’s ambassador to Poland, denied the Netanyahu statement during a briefing with Israeli journalists on Friday, saying that he was misquoted by an Israel-based newspaper, which changed the text of its article.

It seemed that these explanations were accepted by the Polish side. On Sunday, however, it was reported that Morawiecki would not go to Israel for the Tuesday meeting of the V4 countries – Poland, Slovakia, the Czech Republic and Hungary.

Meanwhile, Morawiecki said in an interview with the Polish Press Agency published on Sunday that “the return of property to American citizens of Jewish origin is definitively resolved,” saying that Poland years ago signed an indemnity agreement with the Americans “which releases our country from this responsibility.”

Morawiecki said that the expectation that Poland should make amends for German crimes “are based on a fundamental misunderstanding.”

“We are the ones who have the right to demand compensation,” he said.

Morawiecki was referring to statements by U.S. Secretary of State Mike Pompeo, who on Tuesday in Warsaw said: ” I urge my Polish colleagues to move forward with comprehensive private property restitution legislation for those who lost property during the Holocaust era.”

According to the Polish government, it is Germany that still has not compensated for the losses Poland suffered as a result of World War II. The current government says the amount owned is up to $700 billion.

Morawiecki said he showed Pence photos of Warsaw destroyed during the war. “I saw that he was disturbed,” he said.