Polish newspaper’s front page teaches ‘how to recognize a Jew’ 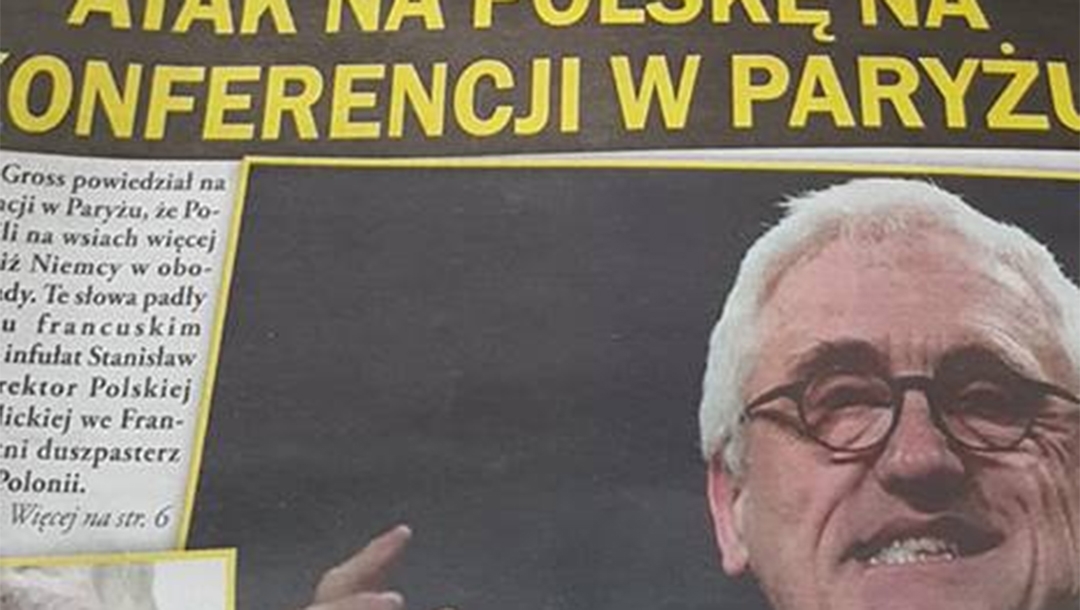 Historian Jan Gross on the front page of a Polish weekly that instructs readers on how to recognize Jews. (Misiek Kaminski)
Advertisement

(JTA) — A right-wing newspaper with national distribution in Poland ran on its front page an article that instructs readers on “how to recognize a Jew.”

The text also reads: “How to defeat them? This cannot go on!”

The page also features a headline reading, “Attack on Poland at a conference in Paris.” The reference is to a Holocaust studies conference last month during which Polish nationalists complained that speakers were anti-Polish. That article features a picture of Jan Gross, a Polish-Jewish Princeton University scholar of Polish complicity in the Holocaust and a frequent target of nationalist attacks.

Only Poland is published by Leszek Bubl, a fringe nationalist political candidate and sometime musician who has sung about “rabid” rabbis. The paper was spotted Wednesday at the Sejm, the lower house of the Polish parliament, as part of this week’s packet of periodicals.

Michał Kamiński, a conservative lawmaker, protested the article and its presence at the Sejm, Polsat news reported.

The Sejm Information Center responded by saying that “the Chancellery of the Sejm will request the publication’s removal from the press kit.”