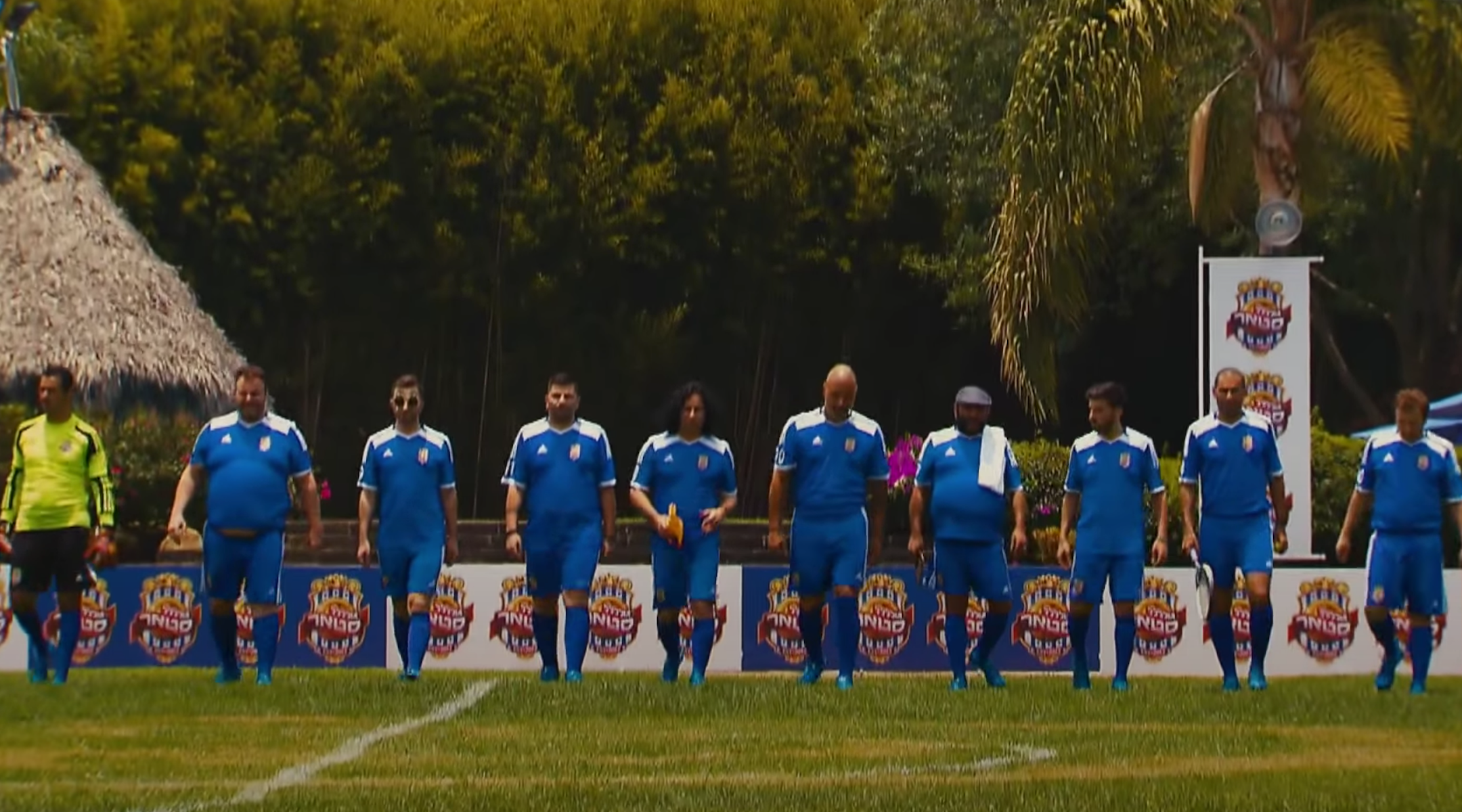 A screenshot from a past season of "Goalstar." (YouTube)
Advertisement

(JTA) — Besides the recent political agreement between Israel and the United Arab Emirates, another historic deal between the countries is in the works — one involving TV.

“Goalstar,” a popular Israeli reality show that features celebrities playing soccer, will film its 2021 season in the UAE.

The series films the celebrities training in different countries each season. The current season takes place in Brazil.

According to Deadline, which broke the news, “Goalstar” has “logged over 50 million VOD [Video On Demand] downloads” over its run, which began in 2012 on Israel’s Hot cable network. It’s produced by ADD content.

“ADD and HOT are extremely excited both on a business level and a national level to collaborate with the UAE on Goalstar’s 10th season,” Hadas Mozes-Lichtenstein, co-founder of ADD, said Tuesday. “With the success of the series in Israel and in light of today’s agreement, we can’t wait to work as colleagues with UAE citizens within their incredible country.”