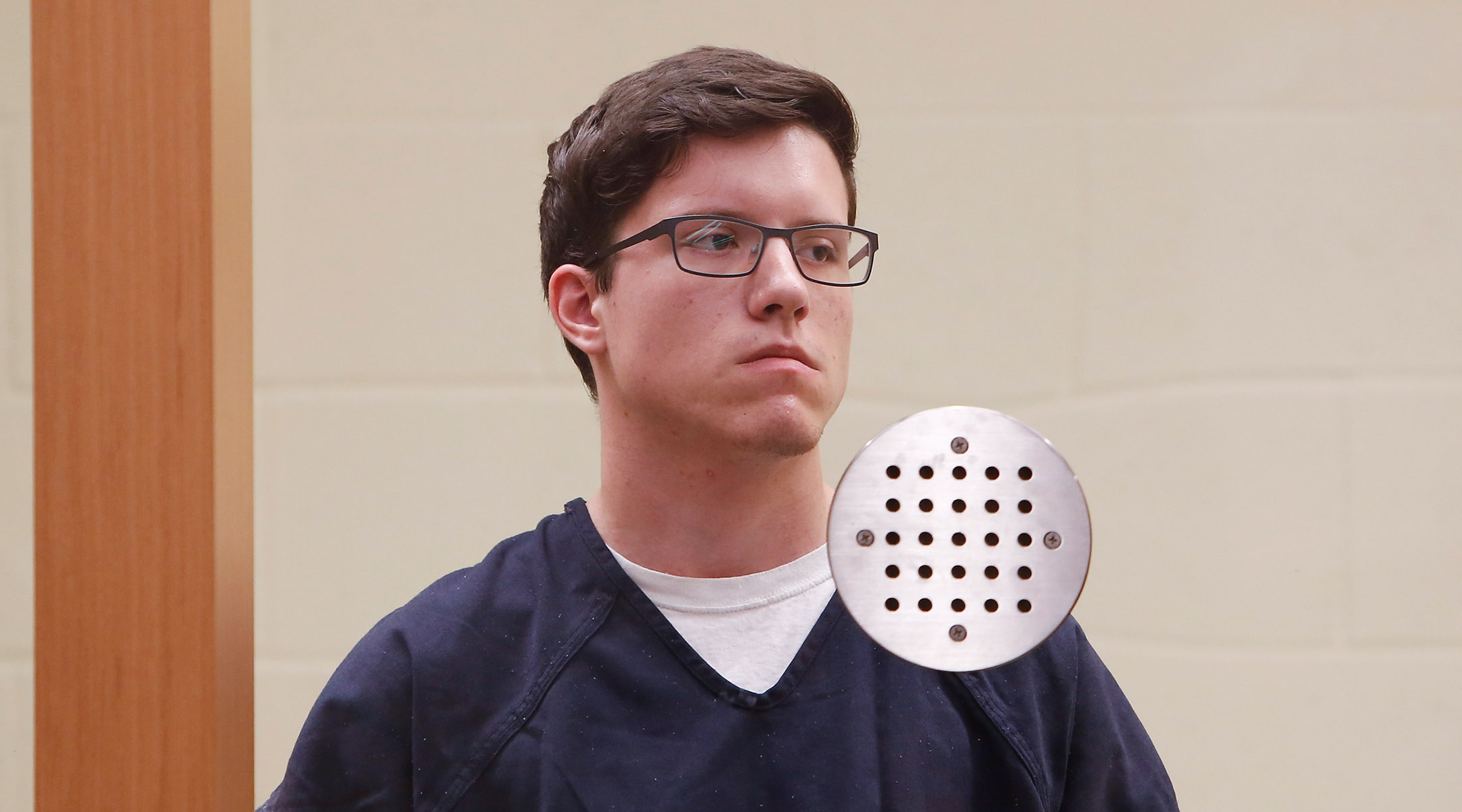 (JTA) — The alleged California synagogue gunman was inspired by New Zealand mosque shooter Brenton Tarrant, according to documents unsealed by the court.

John Earnest has pleaded not guilty to murder and attempted murder for the April 27 attack on the Chabad of Poway synagogue that left one dead and three injured. He also is suspected of setting fire to a mosque in Escondido, California five days after the New Zealand attacks that killed 51 people at two mosques. One month later he allegedly attacked the synagogue.

The documents include social media posts showing that Earnest, 19,  praised Tarrant’s hate-filled writings, writing “I’ve only read a little but so far he’s spot on with everything.” Earnest also said that “I think it’s important that everyone should read it,” referring to Tarrant’s racist ” manifesto,” the Associated Press reported.

The information is included in 338 pages of search warrants unsealed by a California state judge.

Three weeks before the attack, Earnest opened an Amazon account and purchased items for the Poway attack, including an ammunition holder worn across the chest, a military-style duffel bag, an action camera and a tactical helmet.

The day before the shooting, he bought, legally after obtaining a hunting license, a Smith & Wesson AR-15 rifle from a San Diego gun shop, according to federal charges.

Earnest was found with five extra 10-round magazines for his rifle. He fired off eight to 10 rounds before the rifle either jammed or malfunctioned and congregants chased him outside.

He could face the death penalty or life in prison without possibility of parole if convicted of the murder, which has been classified as an alleged hate crime. Earnest also pleaded not guilty to the arson attack on the mosque.