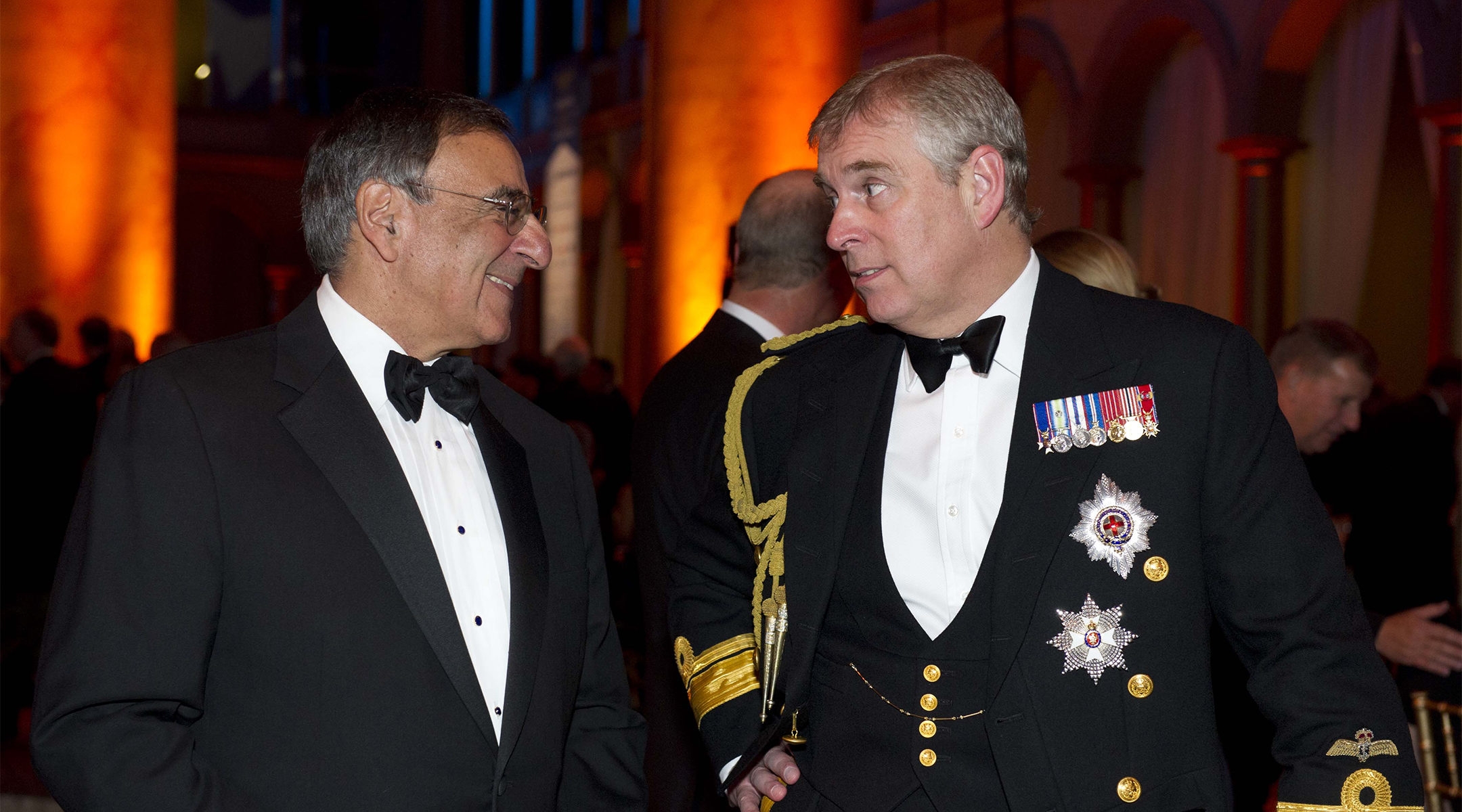 (JTA) — Prince Andrew, the second son of England’s queen, stepped back from all his public functions over his ties to the late American sex offender Jeffrey Epstein.

Andrew announced the move Wednesday following an uproar over an interview in which he said he does not regret his meetings and apparent friendship with Epstein, who was Jewish. Epstein was found dead in his cell in August while awaiting trial for sex trafficking in the United States. The death was ruled a suicide.

Andrew, who did say in the BBC interview that he should have cut ties with Epstein sooner than he did, said in a statement that his ties to Epstein had become a “major disruption” to the royal family’s charitable work.

Epstein was a billionaire who was convicted in 2008 of soliciting a teenage girl for prostitution. He was awaiting trial on fresh allegations when he committed suicide.

Andrew said he was willing to help any law enforcement agency with an investigation, The Associated Press reported. He denied allegations that he had sex with any of Epstein’s victims.

For a senior royal to step away from his duties is unusual and reflects the degree to which charities and educational institutions had questioned their associations with Andrew, AP wrote.

Andrew said he “deeply sympathizes” with Epstein’s victims, many of whom were underage victims of trafficking.

In the interview, the prince seemed to show no remorse for his relationship with Epstein.

Andrew has faced questions over his links to Epstein for years, and he perhaps hoped the BBC interview would ease the pressure.