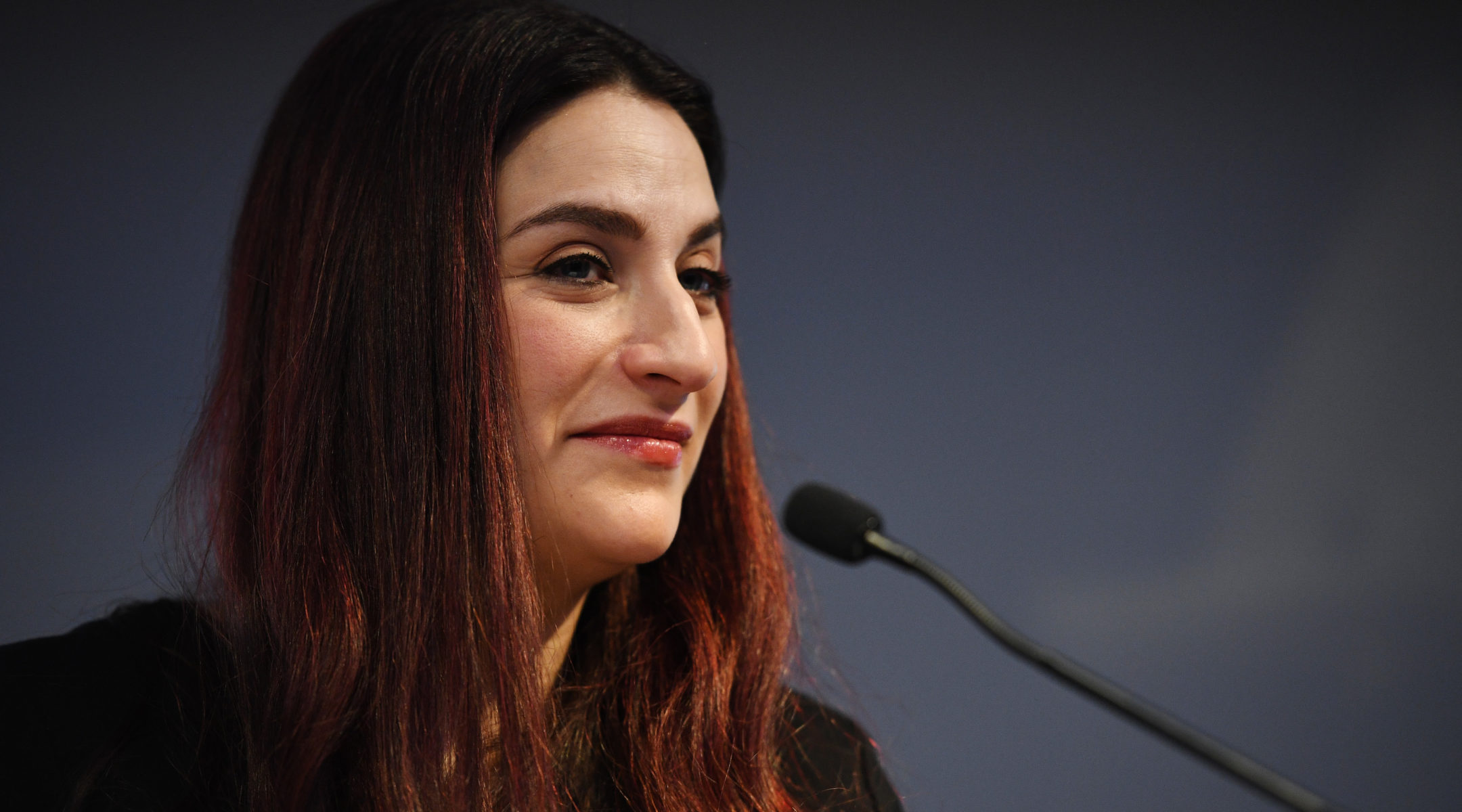 (JTA) — A supporter of Jeremy Corbyn, the leader of Britain’s Labour Party, and an aspiring candidate for the Parliament is being criticized for suggesting that Jewish lawmaker Luciana Berger won her Parliament seat by sleeping with former Prime Minister Tony Blair’s son.

David Lindsay, a far-left political activist, posted his theory Thursday on Twitter after Berger, who left Labour last year over anti-Semitism in its ranks, announced that she was joining the centrist Liberal Democrats party.

“In the last, decadent days of New Labour, #LucianaBerger was given a safe seat in return for taking the virginity of #TonyBlair’s eldest son,” Lindsay wrote.

New Labour refers to a time period between the 1990s and 2010 when Labour was led by Tony Blair and then Gordon Brown.

“You are not worthy of a place as a Parliamentary candidate, let alone as a member elected to office,” wrote Michael Cashman, a former Labour European Parliament member who resigned from the party in May, citing anti-Semitism, among other reasons. He added: “People like you make me realize that the Labour Party really has downgraded.”

Berger has yet to respond.

Lindsay, who launched his campaign last month for the upcoming elections, ostensibly as an independent candidate representing the north English constituency of North West Durham, has called for “visits” by Hezbollah, Hamas and other terrorists to the homes of members of a government watchdog group conducting an inquiry into anti-Semitism within Labour.

In 2016, Lindsay wrote on Twitter that he has been banned for life from Labour and “loving every second of it.”

Berger had tried to form a new party with other Labour Party members fed up with Corbyn and what they saw as festering anti-Semitism within his party. It has since folded.