Rabbi among 3 arrested for operating a mikvah in Buenos Aires 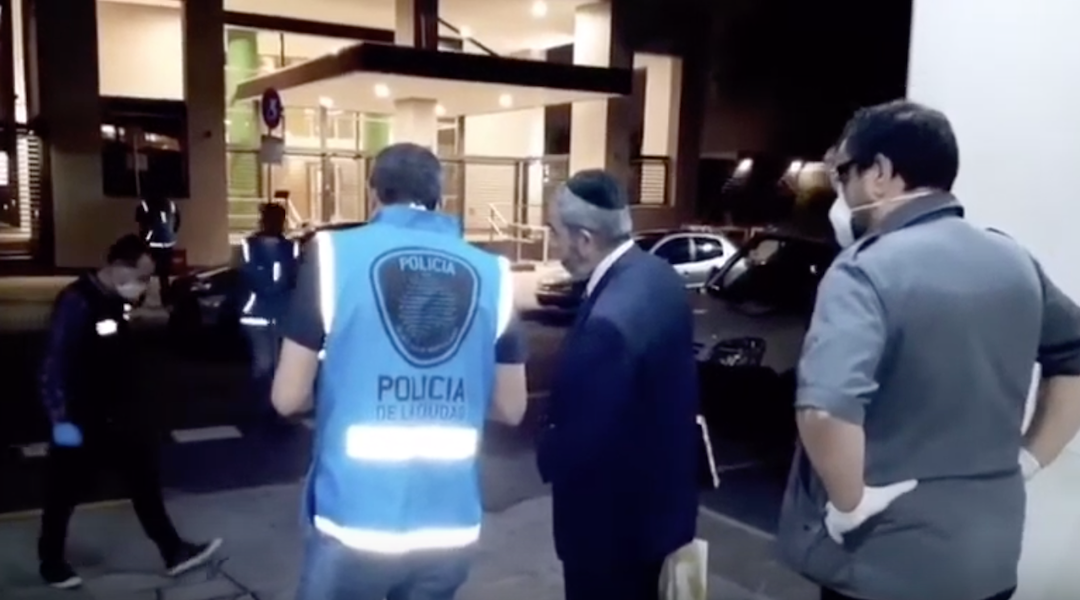 BUENOS AIRES, Argentina (JTA) — Three members of an Orthodox community in Buenos Aires were arrested for operating a mikvah, or ritual Jewish bath, after Argentina ordered all synagogues closed last Friday as part of a strict crackdown on gatherings to combat the spread of the coronavirus.

The city’s lead prosecutor, Juan Bautista Mahiques, confirmed to the A24 news channel that a rabbi was among those taken into custody following a police raid Sunday on the Adjut Israel mikvah in the Belgrano neighborhood.

The Argentine Jewish umbrella organization DAIA issued a statement on Monday urging Jewish communities throughout the country to obey the government’s orders.

“When human life is in danger, compliance with civil laws is above all precept,” the statement reads. “The ‘pikuach nefesh’ [principle of saving a life] nullifies all precepts, because what is preserved is human life.”