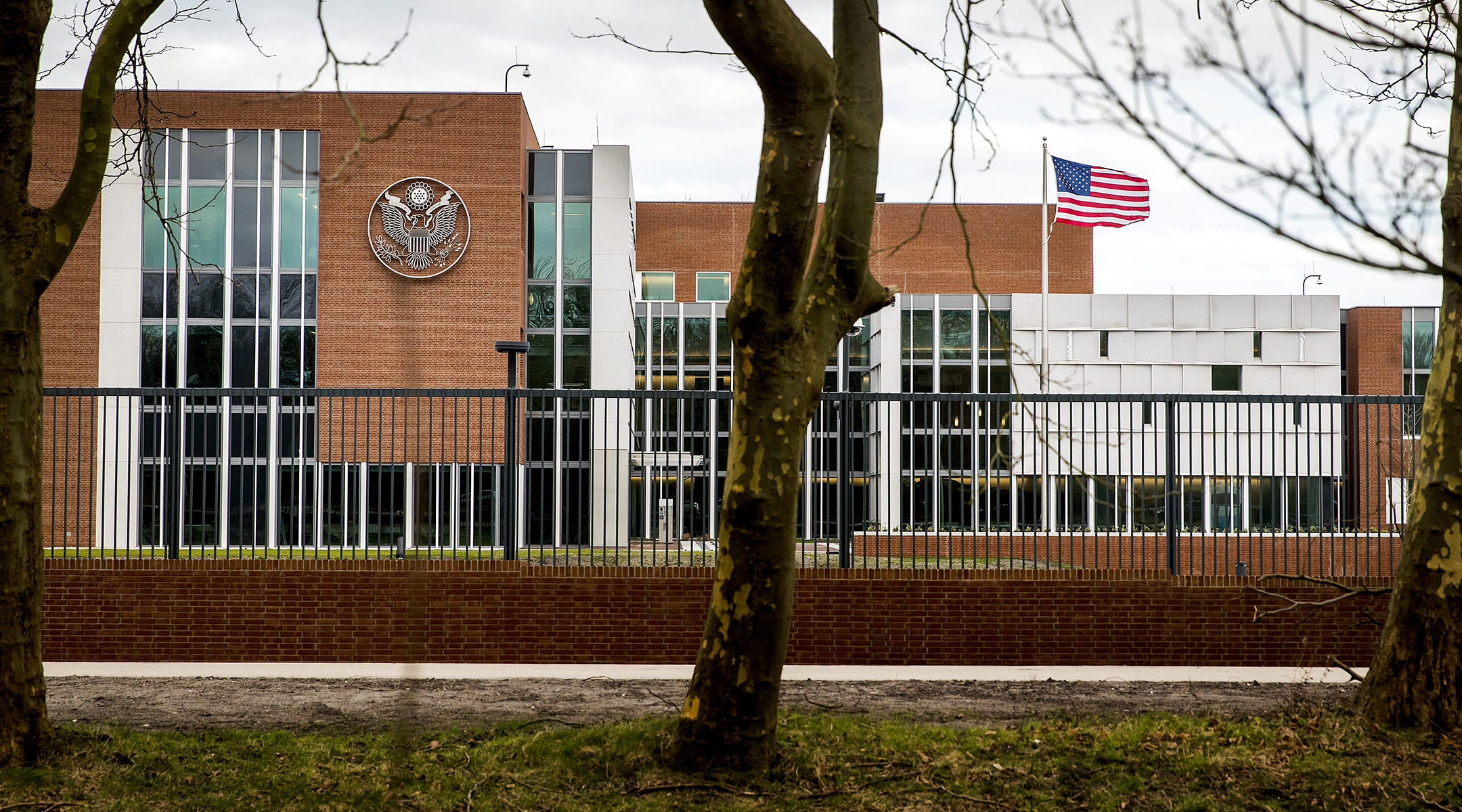 The US Embassy in Wassenaar, The Netherlands on January 29, 2018 (Koen van Weel/AFP via Getty Images)
Advertisement

At the demonstration Tuesday in front of the American Embassy in Wassenaar, two women were photographed holding a poster reading “the makers of terrorism,” which featured a caricature of two men — one wearing an American flag and another dressed as a haredi Orthodox Jew — standing on the shoulders of a scarecrow labeled “terrorism.”

The Center for Information and Documentation on Israel, or CIDI, said in a statement that it contacted police and will file a criminal complaint over incitement to racist hatred. Police officials told CIDI that officers at the scene did not spot the poster or would have intervened to have it removed immediately, the statement said.

“CIDI is shocked that such an anti-Semitic caricature is openly displayed,” CIDI said.

The United States killed Soleimani in an airstrike on Jan. 3. A leader of the Islamic Revolutionary Guard Corps and head of its Quds Force, Soleimani was responsible for special operations outside Iran.